Police Officers Raid Slums In Migori To Recover Guns That Were Stolen From A Local Police Station.

By Jemmy.news (self media writer) | 11 days ago

According to the reports given by a reliable source of information, it has been revealed that police officers have been deployed in Migori to trail Thugs who stole several guns. 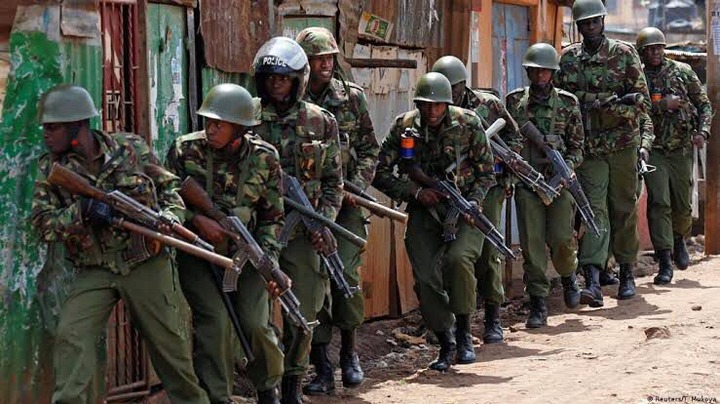 In a news report that has been shared by the National Police Service, it has been revealed that the Suspects broke into the police station after which they made away with several guns.

Through a statement issued by the National Police Service, it has been revealed that the Suspects managed to do this due to the fact that no officer was at the Police Station.

This is happening at the same time when it has been revealed that 3 police officers are currently being Investigated over the incident that has left residents shocked.

According to the reports given by the National Police Service, it has been revealed that the Suspects were arrested by police officers who were searching for the Suspects who are yet to be found after Disappearing under unclear circumstances.

While reacting to this incident, Kenyans who took to their different social media accounts to express their opinions on the matter have congratulated the officers for Doing this.

Content created and supplied by: Jemmy.news (via Opera News )