Form Three Boy Beats Father To Death For Allegedly Selling His Cock While He Was Away.

By Eyesofalegend (self meida writer) | 1 months

A Form Three student has been arrested for attacking and killing his father over a cock. The incident happened at Barotion village in Londiani, Kericho County. This is another incident in which a student has attacked and maimed or killed a senior in the recent months.

The incident started when the boy arrived home and found his cock missing. He would then learn that his father had sold his cock without informing him. This did not go well with the form three boy who felt offended by his father's act. The boy went looking for his father. 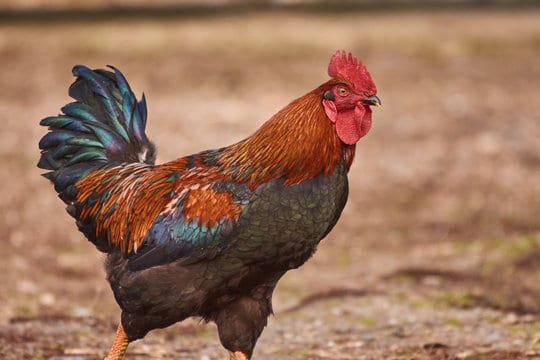 It is said that an altercation ensued when the boy confronted his father about the matter. He was further enraged when his father refused to hear him and instead told him off. This triggered a fight between the father and the son. The fight took an ugly turn when the boy sought for a weapon. He got hold of a club and descended on his father unsparingly. He landed several blows on his father's head. This attack left his father fatally wounded and in agony.

On hearing the commotion, the neighbors got alarmed and rushed to the homestead where they found the boy beating his father. The neighbors rushed to the 50 year old man's rescue and hurriedly ferried him to Londiani Sub-county hospital. The father would however succumb to his injuries and was pronounced dead while undergoing treatment.

The local area chief Sarah Sigey confirmed the incident. She said that after commiting the offense, the form three student surrendered himself to Londiani police station where he is currently being held. He is awaiting to be arraigned in court and further investigations are ongoing.

The body of the deceased was transferred to St. Joseph hospital mortuary in Molo.

No Burial For Caroline Kangogo As Scheduled Tomorrow