By Olili (self meida writer) | 9 days

Police in Kericho County have arrested the most wanted murder suspect on Sunday when he was trying to escape to Nairobi County via a Nissan matatu.

According to a police statement the suspect identified as Hussein Muhammad, 32, was arrested at the Kericho Stadium located along the Kericho University north of the Kericho-Nakuru highway. 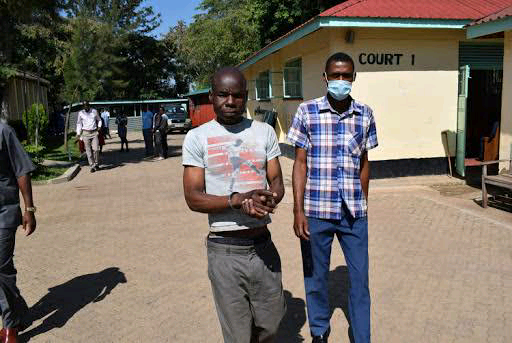 Kericho County Police commandant Kipkosgei Lagat who confirmed the incident said they seized six rounds of ammunition and three pistols from the suspect and that it was established that he has links to Somali-based terror group al-Shabaab terrorists which has been invading and carrying out terror attacks in Kenya in the recent past.

"Police found six rounds of ammunition and three pistols from the suspect. Further interrogation made us establish that he has links with the somalia-based terrorists Alshabaab militants. We arrested and is currently in our custody at Sosiot Police station," Kipkosgei said.

Mr Kipkosgei said the police officers have maintained security around Kericho County as the suspect is still in question.

The suspect was nabbed by police officers from Sosiot Police station in Kericho County and sneaked out from the police through the roof unnoticed on March 2,2021 according to police reports.

The latest comes barely six days when two assailants were also nabbed by police in Kericho town when in possession of a 2-year-old child.