Three families have finally broken their silence following the shooting spree that was witnessed in the wee hours of Tuesday morning by a police officer that led to the killing of six people and resulted in massive protests by residents.

Winfred Nyambura who was the wife to Amos Njoroge struggled to hold her tears as she spoke to the press and revealed how she had learned of the demise of his husband through his neighbour. 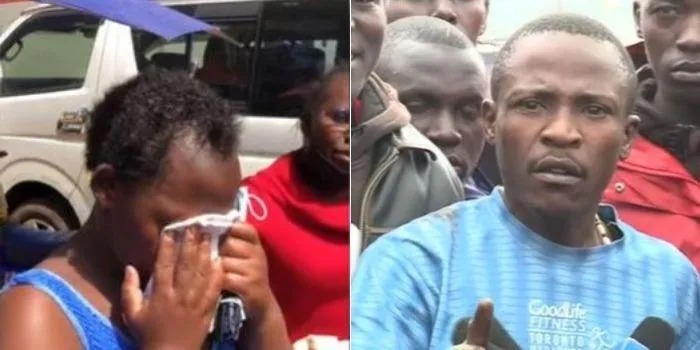 "I met neighbours who told me there was a shooting incident and they told me to go and check if my husband was among the victims. I found his motorbike on the ground," she stated.

Paul Githinji alias Jadu was the other victim who was caught up in the ugly melee and the brother Robert Kimani called for the government to intervene and take action following the shooting incident that had claimed the life of his brother.

The brother of the third victim detailed how he was called at 3:30 am and was informed that his brother had been shot and he identified his brother's lifeless body in the police vehicle in an incident that has been described by the victim's colleagues as a night of terror.

Man Set Ablaze After Stolen Cow Was Spotted At His Home