By SamwelOnyati (self media writer) | 11 days ago

New details have emerged in connection to Tob Cohen murder which has been going for almost one year,in a letter dated yesterday it has been disclosed that DPP Norddin Hadji wants to sue a top detective for swearing an affidavit without his consent,in the latter it was revealed that a former ATPU boss brought evidence to the court which was misleading,further contents of the letter want IG of Police Hillary Mutyambai to investigate the officer involvement in investigating Judge Sankale Ole Kantai claiming the evidence is misleading and false. 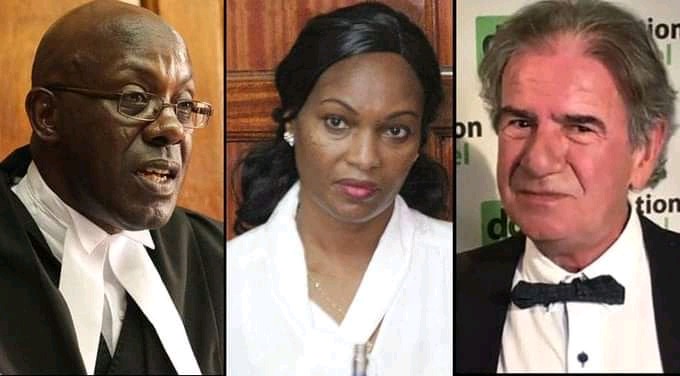 John Gachoma who ODPP claims was not part of the investigation team is being accused of filing evidence in court without consulting ODPP which Norddin Hadji claims is an offense,In Gachomo's affidavit he claimed that he was part of the team investigating Sankale and he assured the court that judge Sankale actively participated in Tob Cohen murder,additionally he disclosed that Sankale was also planning a cover up story on the gruesome murder of Cohen. 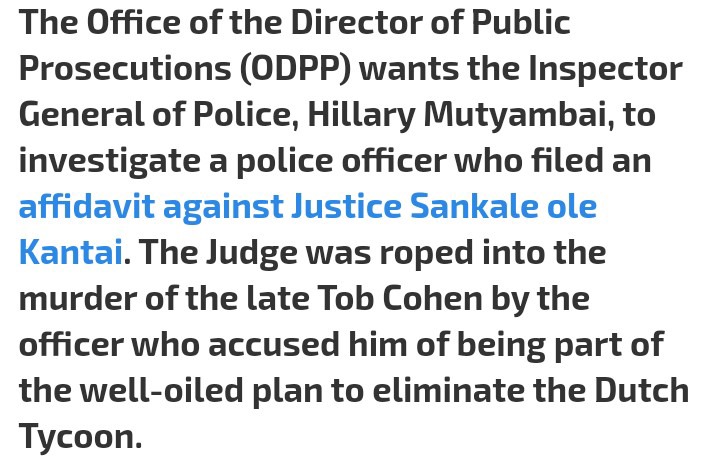 Few months ago directorate criminal of investigation top bosses had accused Norddin Hadji of trying to terminate the case by saying their is no sufficient evidence,however ODPP responded by saying evidence presented by Gachomo in court cannot be used owing that they were never consulted.