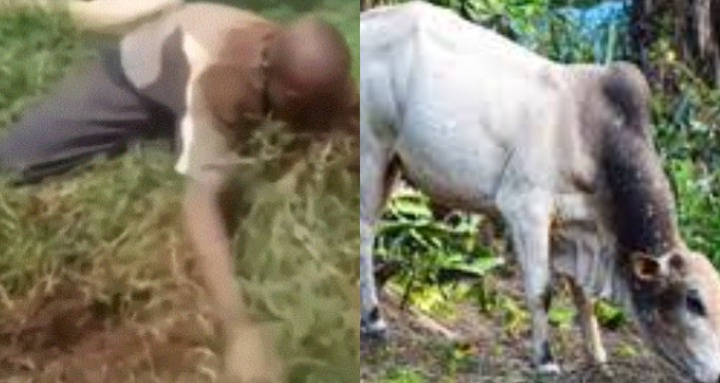 Drama was glimpsed at a place known as Flyover, Kitale in Trans- Nzoia county after a young man suspected to be a cow thief started eating grass and mowing like a cow.

According to the video shared online by K24 Tv, a young man whose name was not identified is believed to have stolen a cow from one of the residents in Kitale. 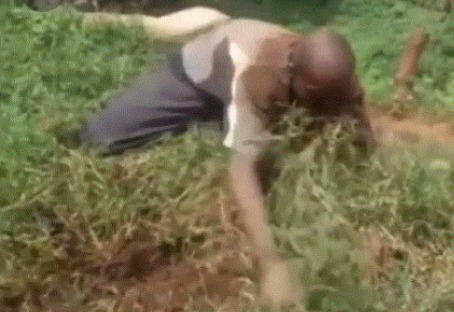 Sources revealed that the suspected then slaughtered the cow before selling the meat to a nearby local butchery. The owner of the cow warned whoever stole it and promised to tour in the Eastern part of Kenya. 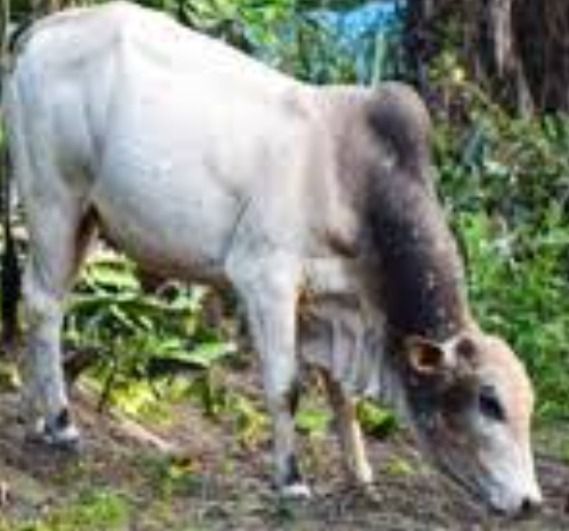 The owner is said to have sought black magic powers from an African physician, two days later the results were seen after the man began eating grass at the marketplace. 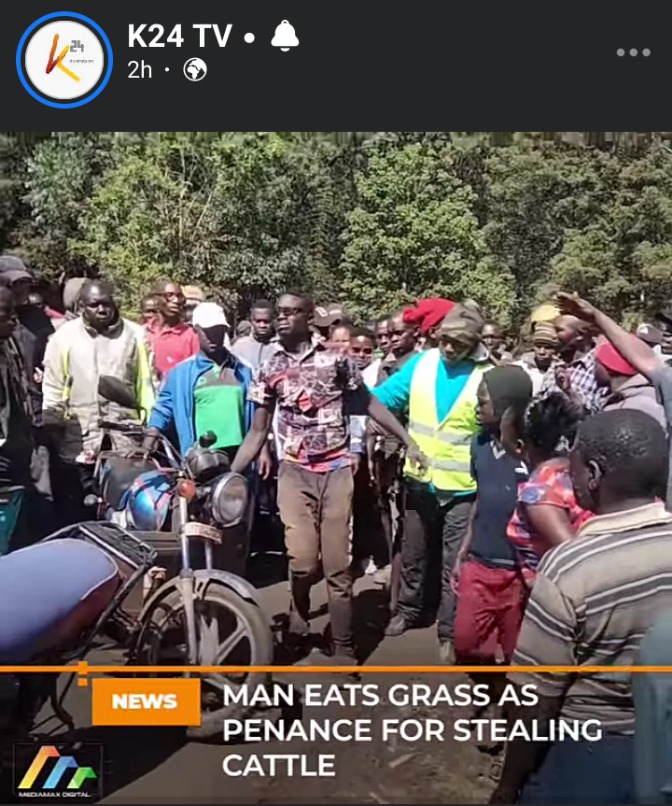 Police officers were informed and toured the scene to investigate the whole incident, the man was taken to custody as residents appealed to the owner to show mercy on him.

How To Not Backslide Out Of Forgiveness