By Shantynews (self media writer) | 7 months ago 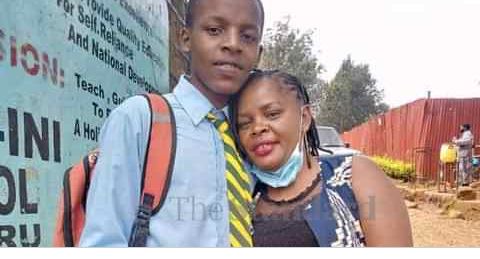 The family of Brian Mage, a form four student at Gathuraini Boys' high school who died after allegedly being beaten by a mob after breaking into Komothai Girls' High School dormitory yesterday morning has spoken up after seeing his body.

According to a report by the standard, his mother Mary Mage says that she doesn't believe that her son died from injuries inflicted to him by the mob.

She says that she saw her son's body but it had no signs of injury. Only the head had injuries seemingly caused by trauma. 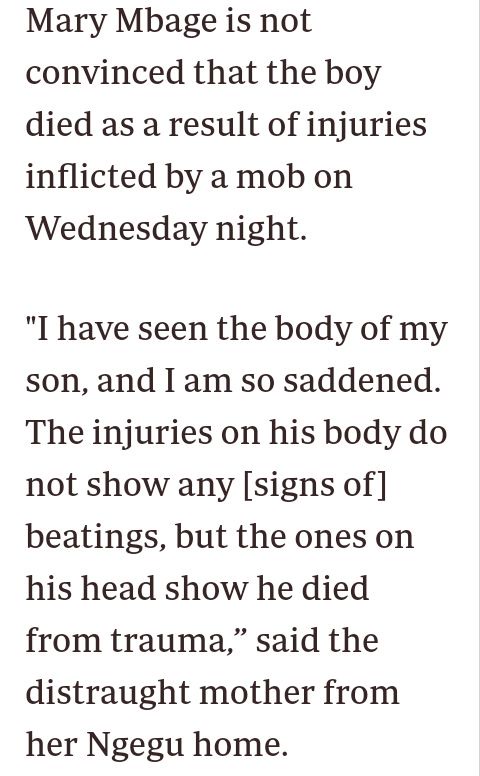 Brian's Auntie Wanjiku Mage on the other hand revealed that the school lied to the family about the real cause of Brian's death. They had first told them that he got injuries after jumping off from the fourth floor.

Security at Komothai Girls' revealed that after the boy sneaked into the dorm alongside 4 of his friends, the girls panicked and started screaming.

The noise attracted staffers and security who attacked him with blows and kicks. His 5 friends were able to escape.

Brian became unconscious and was rushed to Kigumo Level 5 hospital where he was pronounced dead.

Police who arrived at the scene collected wooden planks which are suspected to have been used to beat the boy.