By INTRODUCTION (self media writer) | 5 months ago

A family in Kilifi is in pain and agony after the body of their kin who was buried mysteriously vanished from its grave. As per traditions, the family is set to perform an ancient Mijikenda ritual which will be performed at the open grave of the late Fatma Mwero, whose body disappeared. 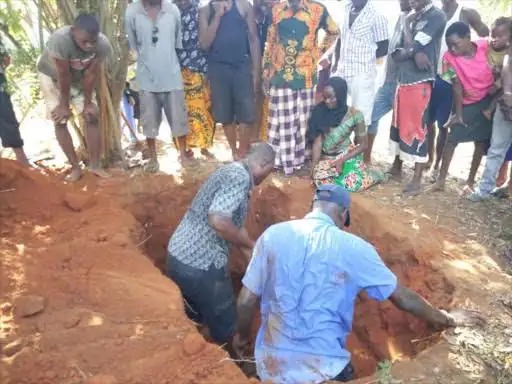 According to the widower, Daniel Chiro who is a former police officer, the ceremony will conclude with the burial of a banana trunk after prayers that will take place in his house led by a priest as he is a Christian.

Chiro added that his family had decided to bury the banana trunk in consonance of the Duruma people, a sub-tribe of the Mijikenda community.

Chiro stated that an inquiry file has been opened and handed over to DCI officers from their area sub-county police chief to investigate the matter. 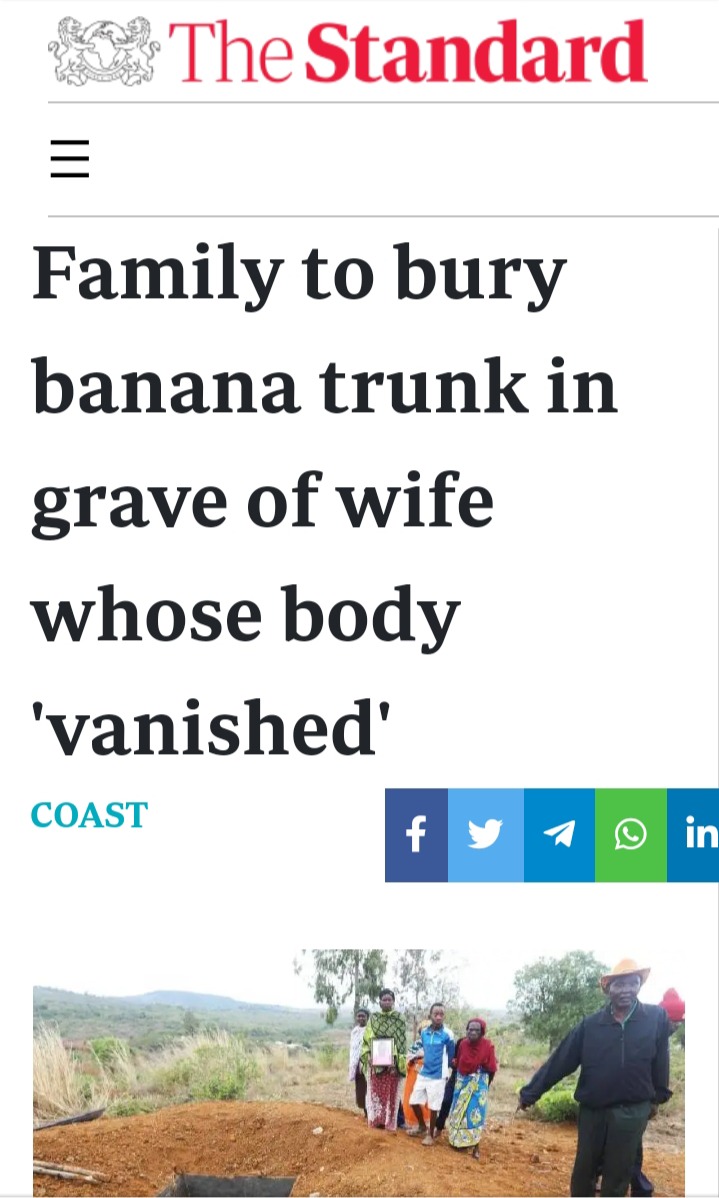 It's professed that Chiro found the grave of his wife wide open despite cementing it on a Monday night. They looked everywhere including thickets and the entire village but found nothing.

It's stated that according to the Mijikenda belief, a grave cannot remain open for many days as it will only haunt the family but the entire village. Prayers will be conducted and later on the ceremony will cease after the banana trunk will be consigned to the grave.

Signs That You May Have High Blood Sugar

5 Things That Every Lady Should Know About Her Monthly Periods

Check The New Trick Fruit Vendors Are Using In The Market, Be Careful When Buying Your Fruits

Signs A Woman Has Fallen In Love With You