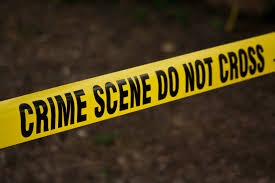 Residents are reported to be nursing gushot injuries after they clashed with police officers to protest their eviction from a private land. The residents said that the private investigator in the piece of land grabbed it from then and now they want it back.

The incident happened in Isiolo County where a number of youth and other men and women stormed the streets protesting against the alleged grabbing of the land. They burnt tires to stop police from entering the land claiming that the investor had destroyed their houses built in the piece of land without proper documentation to show that he owns it. 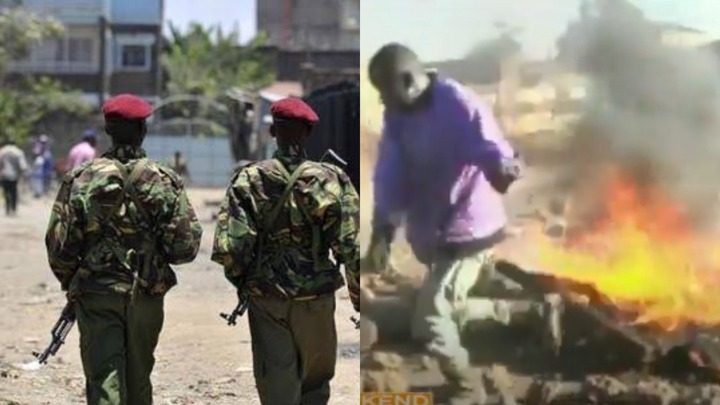 The police who used tear gas to disperse the crowd found themselves at crossroads as the mob seemed adamant. They outnumbered the officers with some were armed with machetes with other crude weapons. They attacked officers who were later forced to open fire against them.

The irate residents later torched an excavator and a truck loader which were being used to demolish their houses in the wee hours. They are now accusing the Isiolo County Government of conspiring with the private developer to evict them from the piece of land which they claim they have lived on for many years.

The residents who barricaded the road continued to protest in an effort to resist any development on the controversial piece of land.

Police were able to contain the situation and residents urged to stay calm as the case is being investigated before a permanent solution is found. 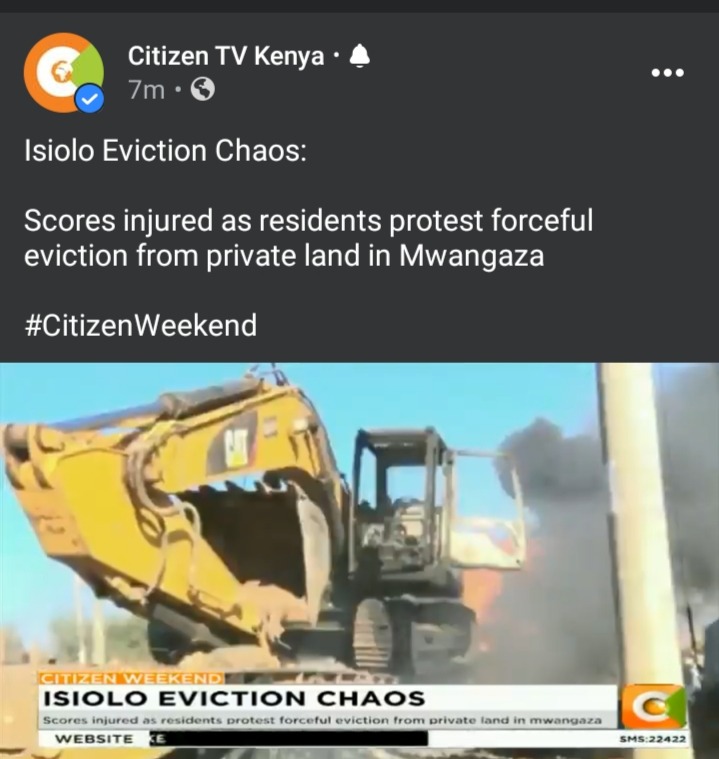