There is increasing of domestic violence in between couples in several regions across the globe. We have heard of cases where married people have been in domestic arguments and later on resulted tragically. Apparently, just received a somber report concerning a Kenyan lady who passed away while in the United States. According to reports, a Kenyan woman allegedly killed by man believed to be her husband in Louisville Kentucky withinside America. Njoki Muchemi hails from Kiamaina in Kirinyaga County. 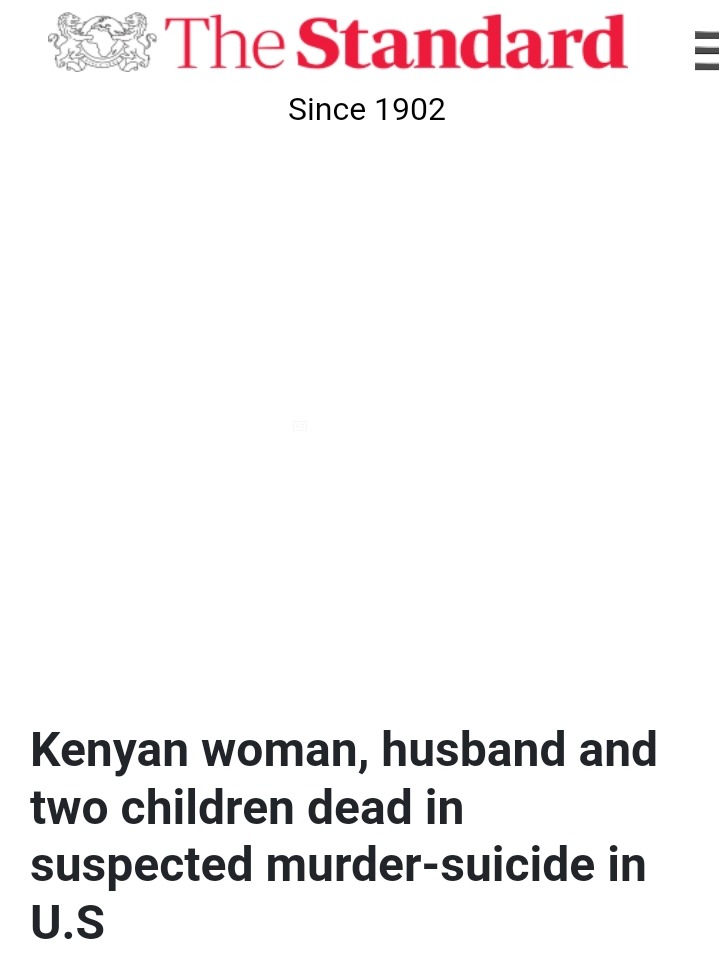 As reported by Standard, the husband identified as Gary Smith shot his wife and elder daughter multiple times and the younger one once before he turned the gun on himself. The couple had two daughters, 17-year-old Andrianna Stanton and 11-year-olf Brianna Stanton. 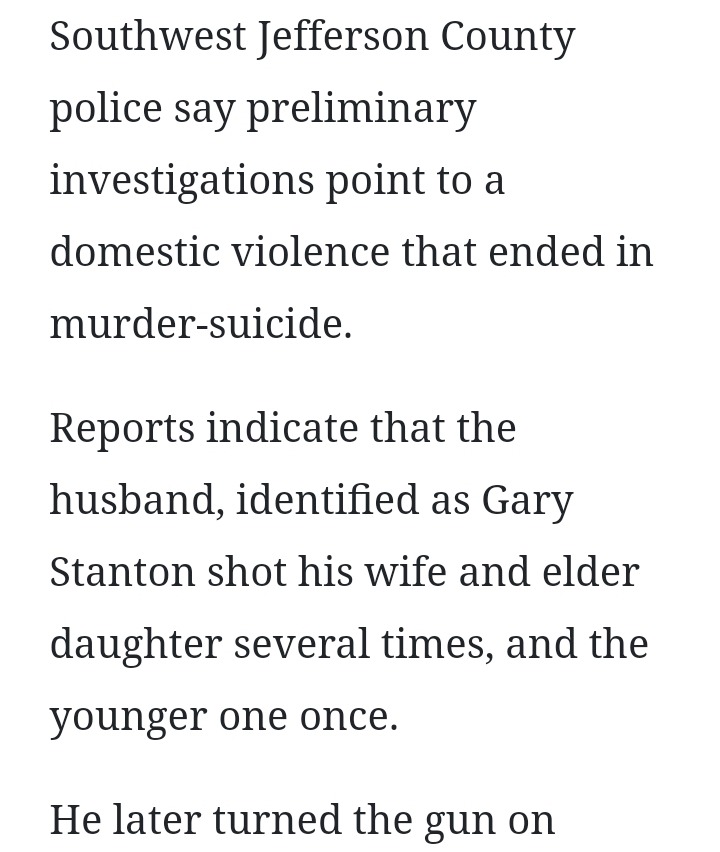 According to reports, the late Njoki had just buried his father Geoffrey Migwi Muchemi who once worked at the Kenya Metrological Department who passed on while in Lakewood Washington and later buried at his farm in Kiamaina, Kirinyaga County. Source, Standard. 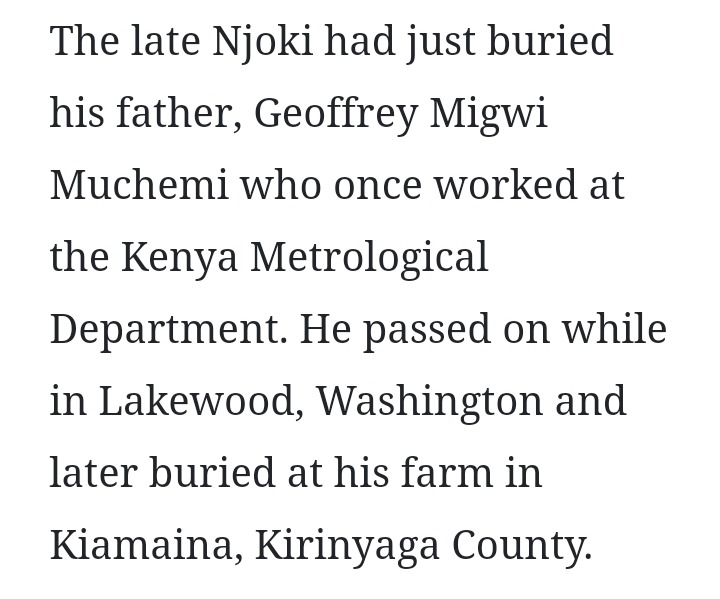 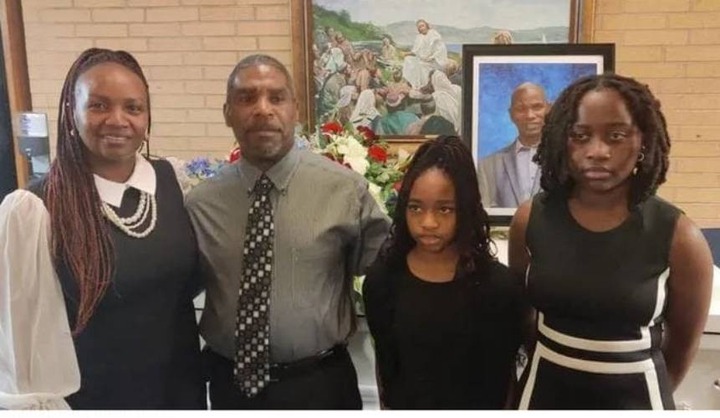