By OndoloDigital (self media writer) | 1 month ago 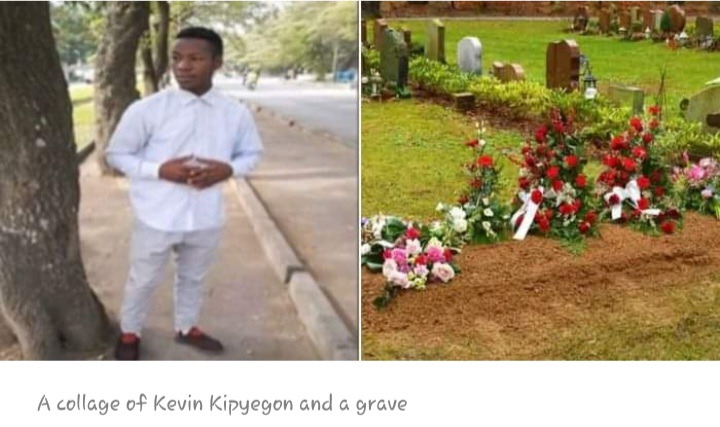 Police in Barut, Nakuru County, shot dead a suspect beside his mother's grave, giving him his last wish.

In a report by NTV on Sunday, December 4, Kevin Kipyegon's uncle Stanley Bise, told the press that his nephew put in the wish after learning that he had no chance to escape.

"Kevin begged them, telling them that if they really wanted to end his life, then they should do it beside his mother's grave. They granted the suspect his wish and did it," Bise stated.

The stressed uncle maintained that at the time Kevin and his younger brother Dennis Kipchirchir were moved from their home and charged, they had no weapons.

"These two never attacked the officers because those who did that police were out on the road and not in our homes," he stated. 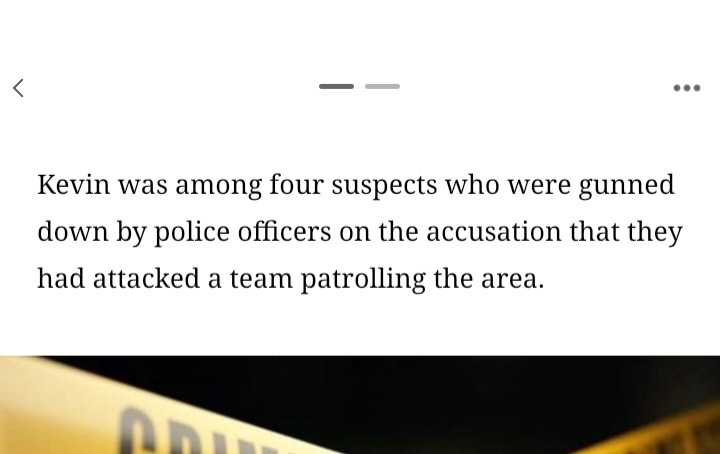 A postmortem report done by pathologist Titus Kulungu showed that Kevin and Dennis succumbed to more gunshot injuries inflicted on their heads and chest.

Kulungu's repotts showed that the four aged between 16 and 23 had nowhere to run to after the incident.

One of the other suspects, Collins Kipkorir, was killed his two days after his mother was buried in Kericho County. 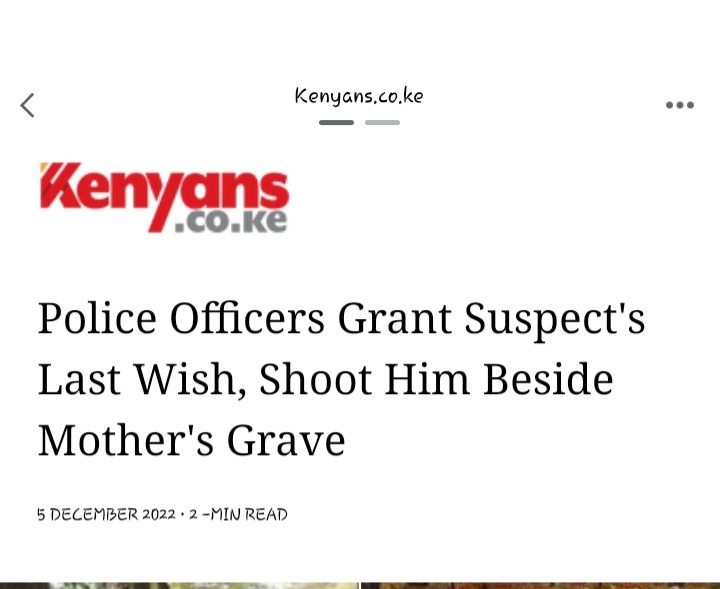 Content created and supplied by: OndoloDigital (via Opera News )