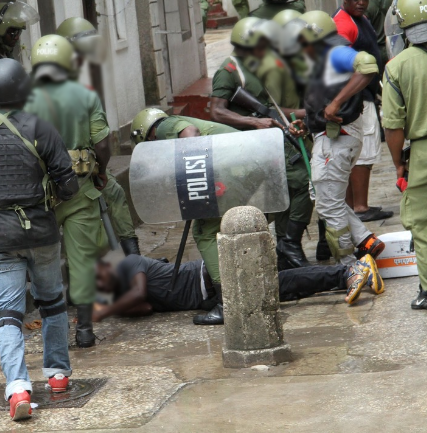 A 36-year-old boda boda operator found himself in hot soup after faking abduction to con ransom money from his wife.

The man from Kabusenduk village in Bureti claimed to be kidnapped and demanded KSh100,000 from his wife. The malicious plot was aimed at extorting money from his wife.

However, his efforts to steal money from his wife were cut short after he was arrested by police officers hiding at his friend's house.

Kericho County Criminal Investigations Officer (CCIO) John Onyango revealed that the suspect's wife had reported the sudden abduction of his husband for appropriate legal action to the assailants. The police launched an immediate manhunt attempt to save the 'kidnapped' man. 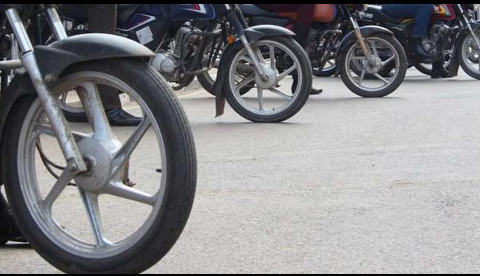 The suspect had pointed out to his wife that the assailants had held him captive at Chepsir trading center along Kericho-Nakuru Highway. The investigators used the lead and found his motorcycle abandoned at the Kebeneti dispensary. 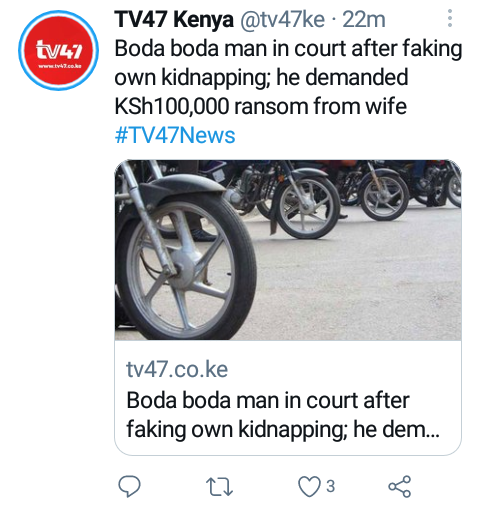 According to the CCIO report, his friend, where the suspect had been hiding will not be aligned in court after preliminary reports showed that he was not part of the scheme. The man was believed that he did not know that the suspect was faking to have been abducted.

"The man welcomed and hosted his friend unaware of the suspect's sister's plot."

It has now emerged that the suspect needed the money to clear a pending loan from a local SACCO. 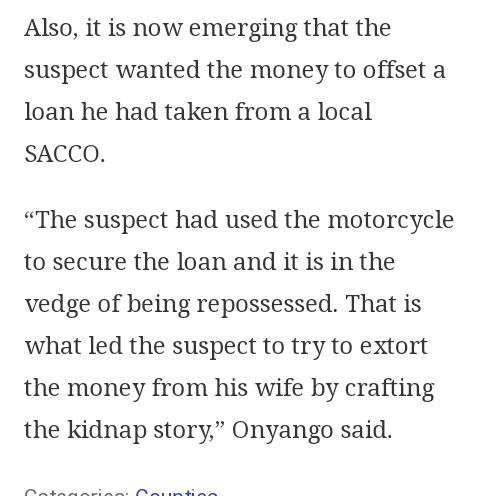 This comes at a time that daylight abduction has been on the surge in Kenya. Over four men were abducted in Myers county last week and their whereabouts have not yet been established.

"William Ruto Calling Himself Hustler Is The Worst Form Of Insult To The Hustlers," Alfred Keter

The Return of ICC Case Puts Ruto's Ambitions in Limbo

Signs That God Is About To Bless You Abundantly