By Ayuks (self media writer) | 4 days ago

The residents of Kagera village were in deep shock and disbelief after one man butchered his wife and further attempted to murder his son. 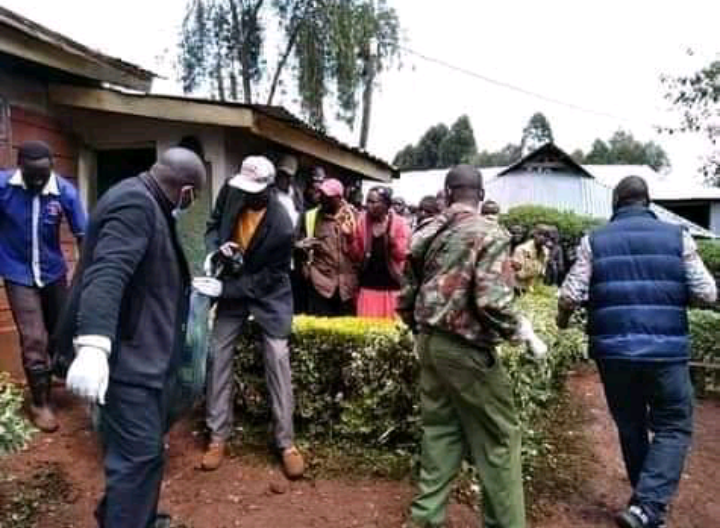 According to reports from reliable sources, the 51-year-old man, identified as Emmanuel Clemence was reported to have killed his 47-year-old wife, Odiria Lukas by butchering her using a sharp panga. Further reports say that the man was angry after allegations that his wife was cheating on him with another man. 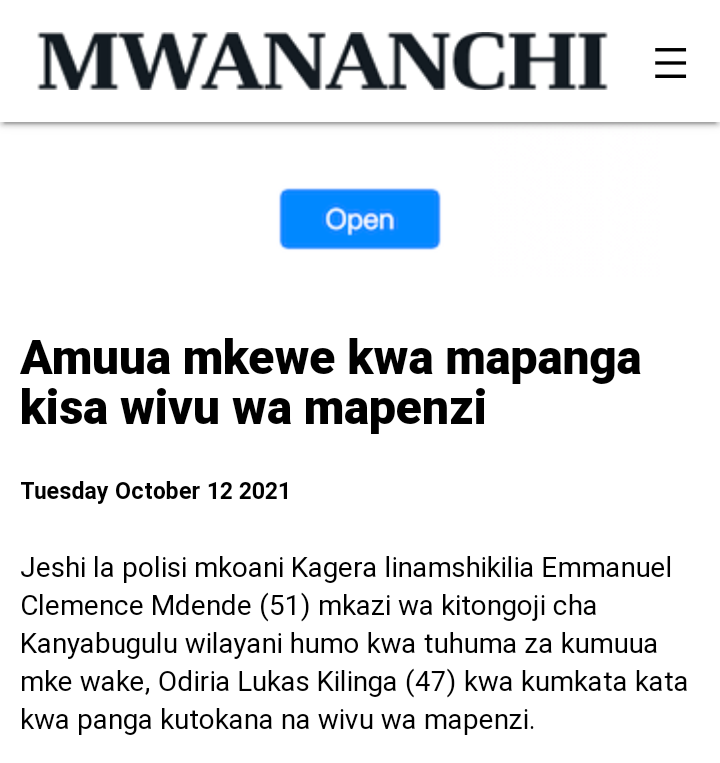 Emmanuel attacked his wife while in the sitting room relaxing. Unfortunately, their 14-year-old son saw the commotion and how his father took away the life of his mother. After killing his wife, Emmanuel turned to his son to kill him, but all was in vain after the son managed to escape. 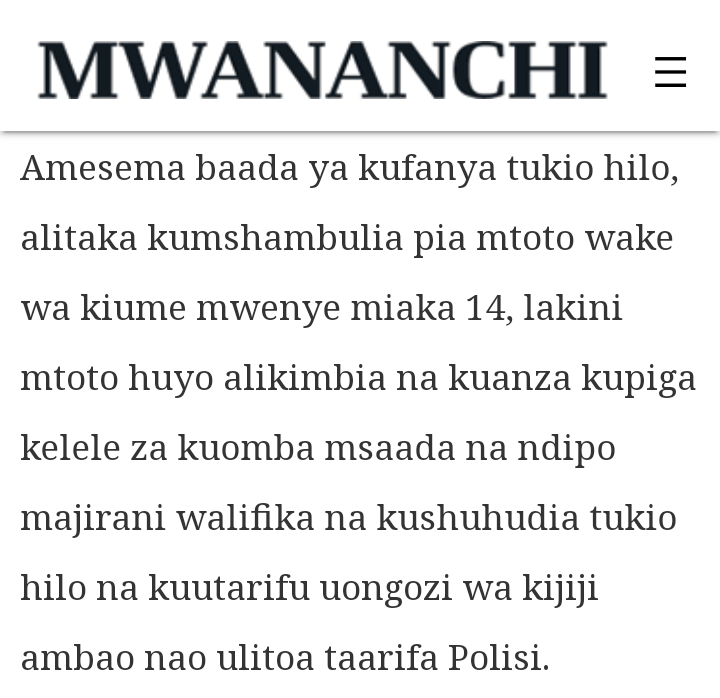 Their son screamed for help and caught the attention of other neighbors who arrived swiftly at the scene. The neighbors raised an alarm to the police who came and arrested Emmanuel, who was on a mission to escape.

The body of the late Odiria was taken to a nearby morgue to allow the family makes burial arrangements. May her soul rest in eternal peace.

Ugly Scene as Man Forcefully Chew a University Girl, Leaving Her Lying in The bush in Nairobi County