By Kefa_rop (self media writer) | 2 months ago

Two explosions in the centre of Uganda's capital killed at the least people and set several motors on fireplace on Tuesday, neighborhood television reported.

NTV Uganda stated "ratings" were injured and there were two blasts - one very near parliament and one close to the primary police station. Parliament became being evacuated, the television station mentioned.

An NTV Uganda reporter stated he saw bodies. The cause of the blasts become now not straight away clear.

"First responders protected Red Cross employees who have been the usage of fireplace extinguishers to cut down the fireplace on Parliamentary Avenue," the station stated on Twitter.

A Ugandan military spokesperson, Brigadier Flavia Byekwaso, advised Reuters that there have been "a couple of" blasts and "a couple of" casualties however declined to give similarly details.

Irene Nakasiita, spokesperson on the Uganda Red Cross, stated they might release statistics approximately the blasts later. The spokesperson for Uganda's police did no longer reply at once to requests for remark. 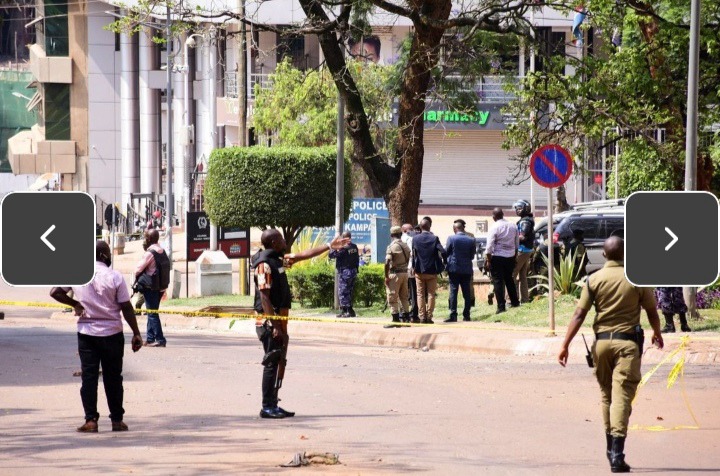