By MimiNaWewe (self meida writer) | 13 days

Story of a man who was abandoned by her mother hours after he was born and he ovecame the challenges of being raised into a forster home until owning a Ksh6 Billion company, has made Netizens to elicit reactions online. 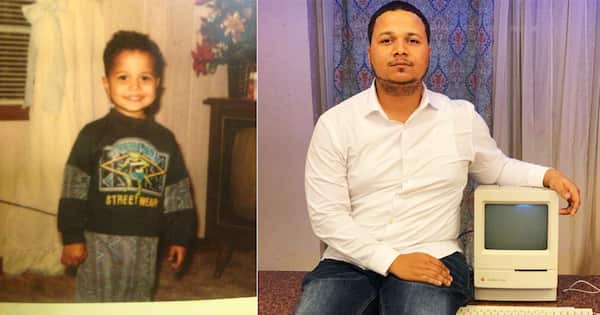 Freddie Figgers born in 1989 was thrown into a dumpster in Florida by his mother hours after he was born. Good Samaritan found him and reported to police. Nathan and Betty Figgers adopted him and raised him where he grew up with couple's daughter. 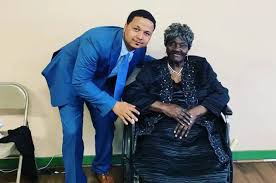 His school mates nicknamed him 'dumped baby' after the news broke out. It was painful and embarrassing but he had to live with it. His Forster parents bought him a Macintosh computer worth Ksh2500 which he thought it could help him to stay out of trouble. 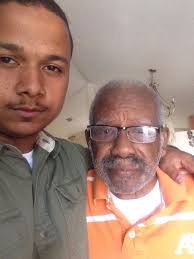 The secondhand laptop spurred his Interest into technology. He taught himself to dismantle and put the machine back together. At age of 13, he became so good at computer system and he was employed as a computer technician. 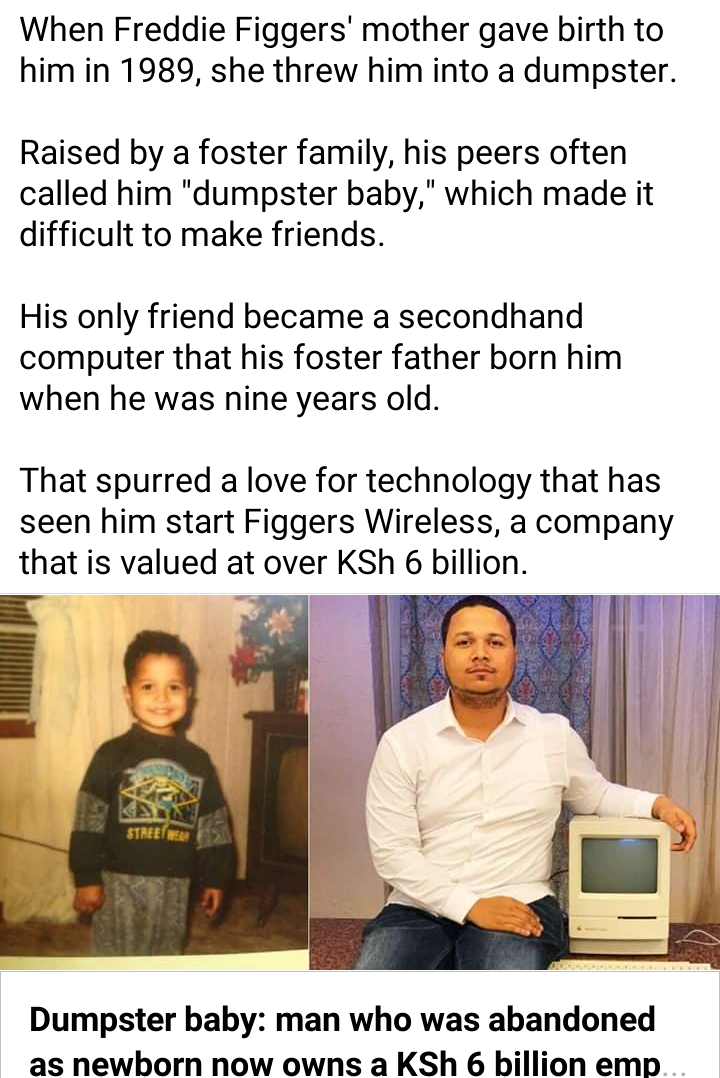 At 15, he started his computer company, Figgers Computer that repaired computers and data storage on servers. He decided not to go to college because with his own database, 150 clients were seeking his service.

At 23, he sold a GPS tracker at Ksh237 Million to a company. His Forster father sadlly died two years later and left him with lots of blessing. Now she's married and blessed with one daughter.

His company, Figgers wireless at 2017 was estimated to worth Ksh6.6 Billion. Also his company has a foundation that help relief to victims of disaster, giving scholarship to students and many amazing things. 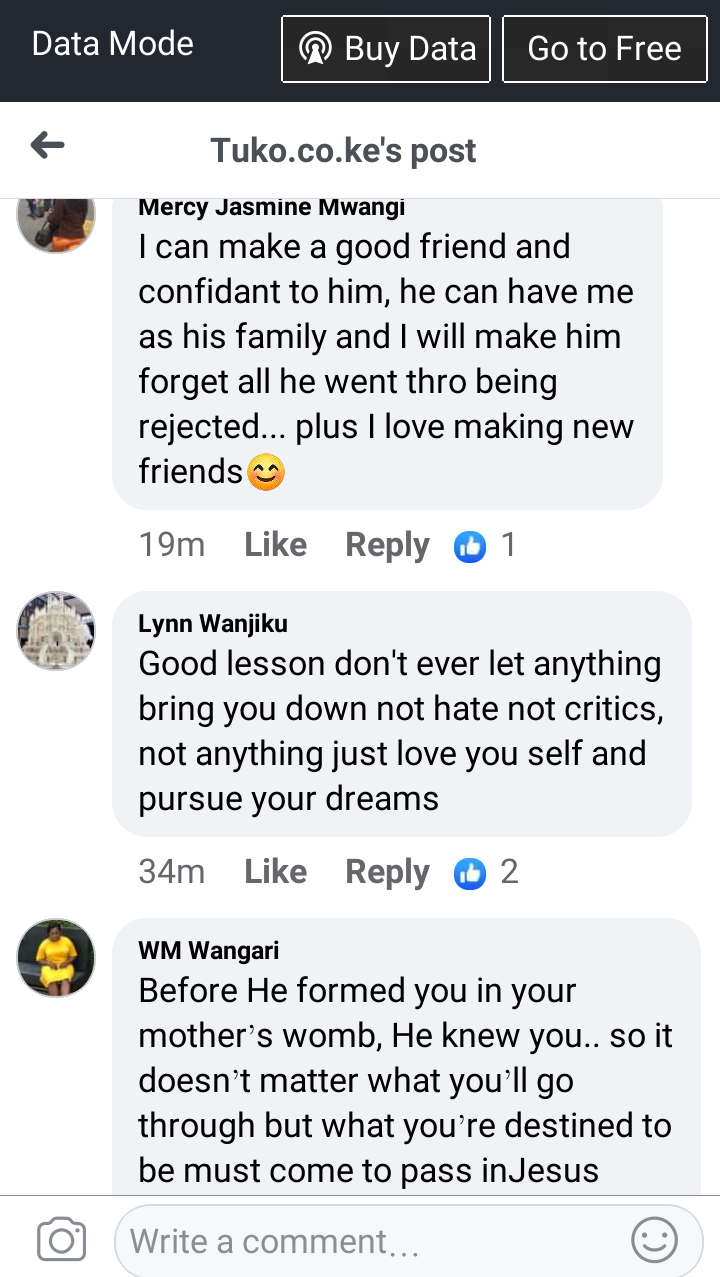 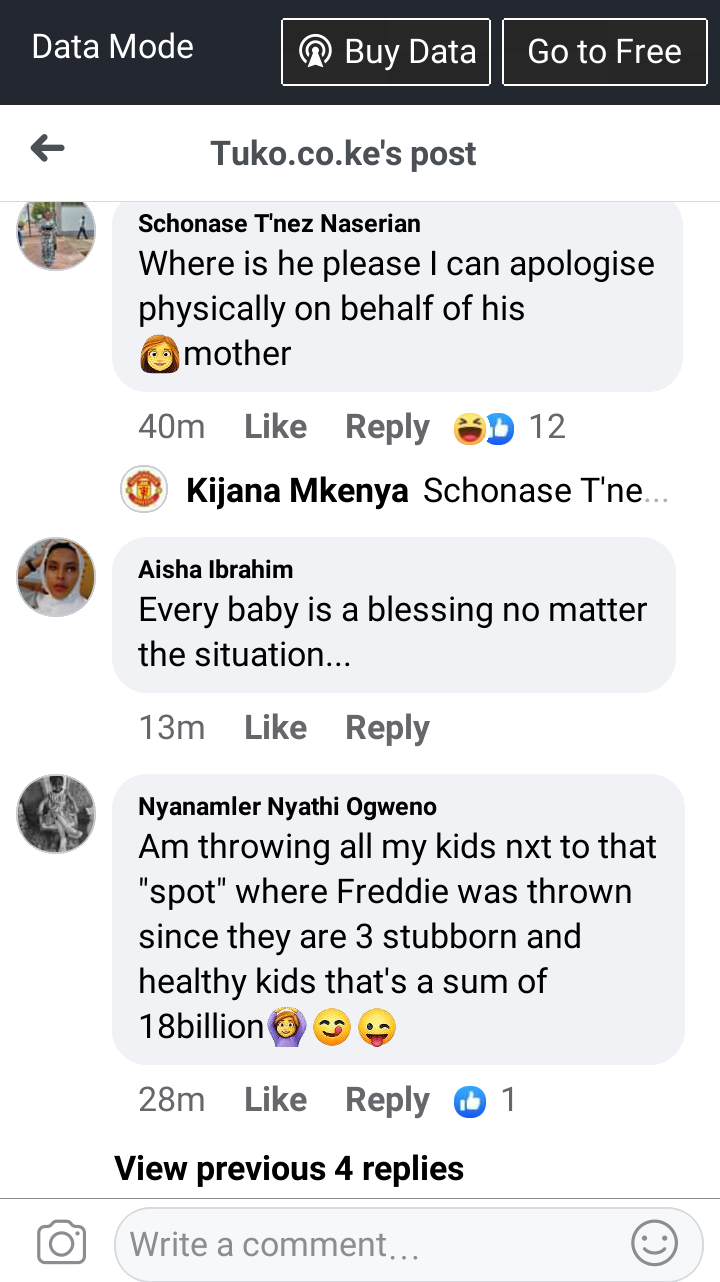