There was drama in Nairobi after a gang leader was shot down during a Robery attack. The gang has been terrorizing city residents in starehe subcounty.

The leader is identified as Ngaruiya and he lead a group known as Katombi which operated at Mathare Valley and it's environments.

It is reported that Ngaruiya had attacked a pedestrian and using a gun, they threatened him and robbed him of his valuables and phone. This is an act which Ngaruiya performed together with four of his accompliaces.

The gang performed the attack at 4 p.m, during the day hours along Mau Mau road in Bondeni, Mathare Subcounty. The detectives got wind of the attack and they mobilized themselves to chase the gang. 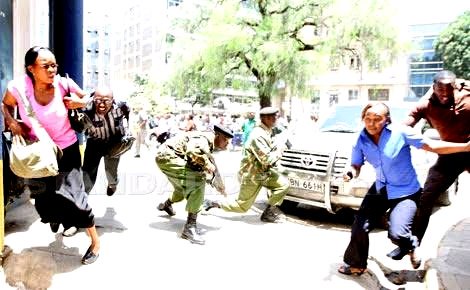 The DCI launched manhunt and by six p.m, they traced the criminals who were still in their act of terrorizing residents at Mathare.

When the gang saw the detectives they ran in different directions and Ngaruiya tried firing at the detective who approached him but he was overpowered and fatally wounded.

The other gang members dived at the Mathare river to save their lives but the detectives have given an ultimatum of 24 hours for them to surrender to the police. 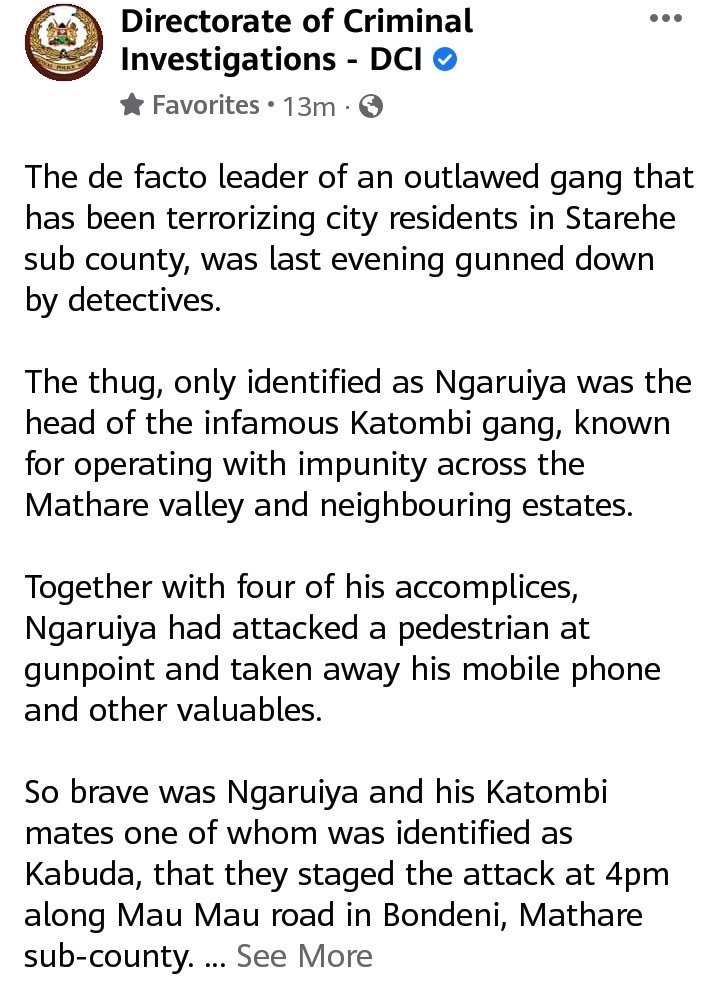