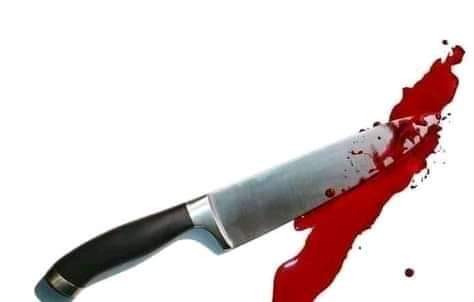 A man was stabbed to death by thugs after helping his friend that was being mugged by thugs outside his house in Riruta area, Nairobi County.

The deceased identified as George Omondi, 27, is said to have left his house yesterday night to protect his friend that was mugged by four thugs outside his house. 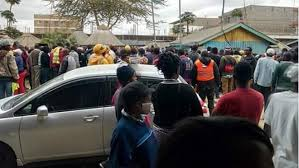 According to Bunei, the suspects are alleged to have accosted their victim who lives in Riruta estate aboard a motorbike.

Scuffle ensued when the robbers ordered their victim to handover everything he was carrying inside his bag alongside his mobile phone.

George Omondi, a friend to the victim, witnessed the robbery incident and intervened to save his friend from being killed by the rogue thugs.

It is during the commotion that George was stabbed by thugs after saving his friend. 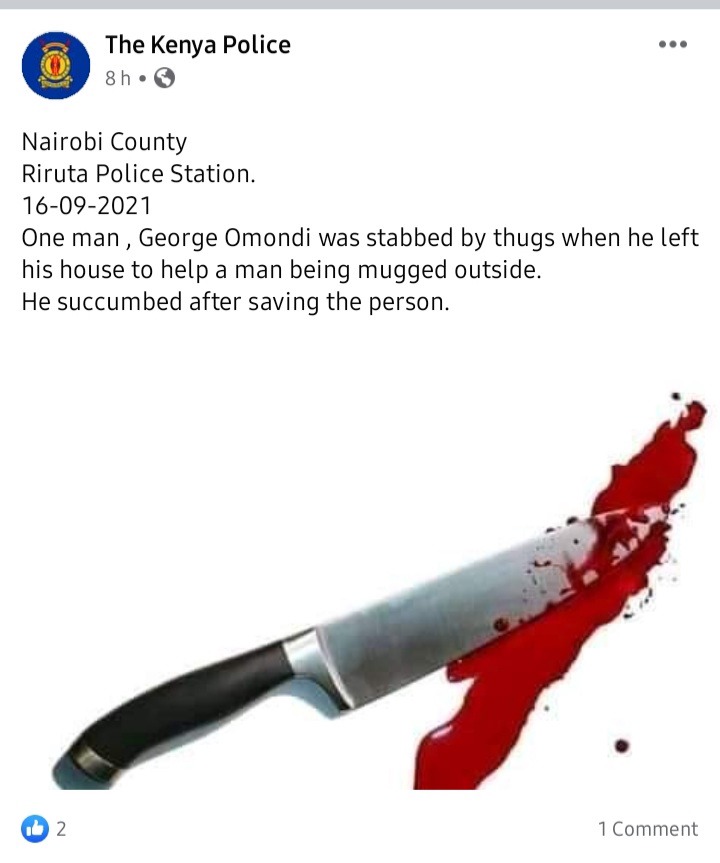 He was rushed to Riruta town hospital for emergency treatment, but he was pronounced brought dead by the medics at the facility.

The scene of crime was documented by officers from Riruta Police Station as a manhunt for the suspects who are still at large continues.