Migori police officers are are currently investigating an incident that happened today in the morning after the Lifeless Body of a police constable is reported to have been found dead in his house under unclear circumstances. The deceased who has been identified as Isack Ojwang is was allegedly found dead in his house on allegations that he had committed suicide after his body was found hanging on the ceiling.

According to the reports given by the family and friends of the deceased, they revealed that he might have committed suicide due to the regular domestic violence or rather marital problems that he had been having with his wife.

However, the deceased was taken to the mortuary by police officers who responded to the incident after being alerted. The officers revealed that they can't ascertain or give the reasons why he killed himself and so due to this reason, they revealed that they are going to commence investigations.

Prior to his death, Ojwang allegedly uploaded a post on his Facebook account where he called upon a couple of his family members to make sure they look after his children adding that he didn't have the will to live anymore. 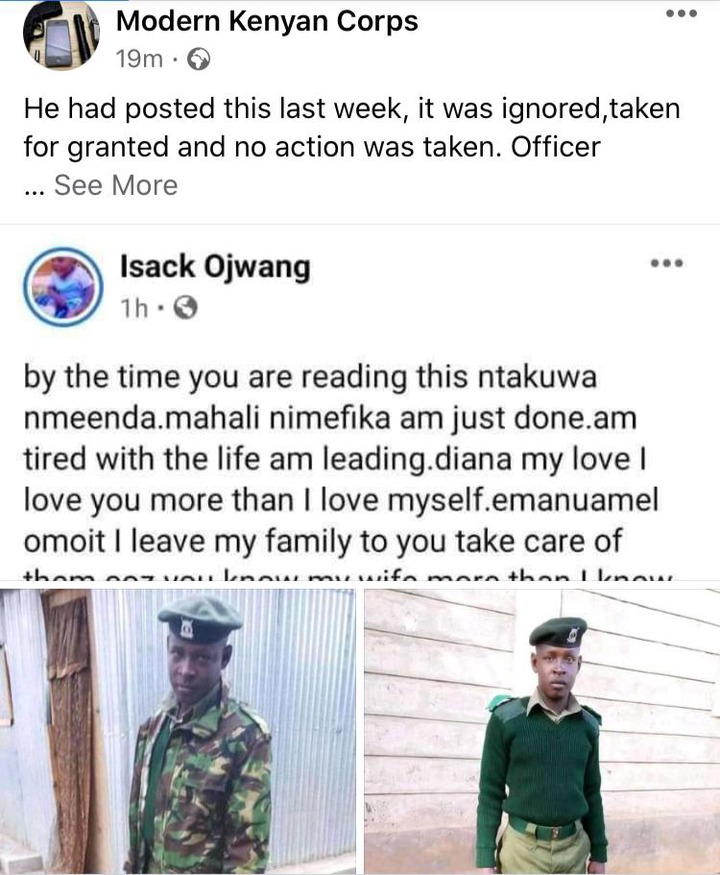 While reacting to the ongoing cases of depression and death among police officers, the inspector General of police Hillary Mutyambai revealed that they are currently working on finding out the reasons and solutions of depression.