Police have launched a manhunt for a group of individuals who impersonated Rachel Ruto defrauding women close to Ksh1 million. 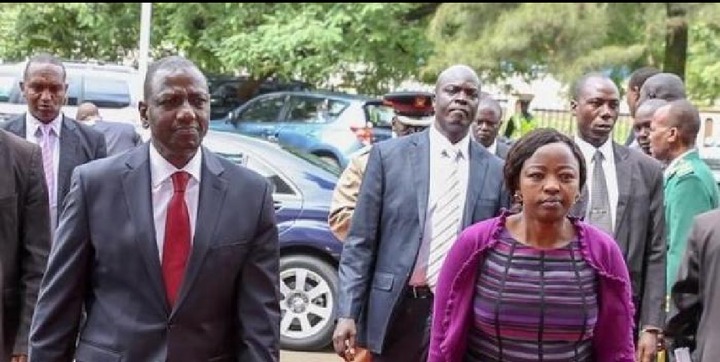 According to locals from Murang'a, the syndicate was being run by three men and a woman, who have been asking villagers for a Ksh630 registration fee.

In return, they were promised a Ksh10,000 Christmas gift each from Rachel that was to be delivered on December 24. The goodies promised included; bundles of wheat and maize flour, cooking oil, rice, and soft drinks.

The idea sounded perfect, prompting various women groups from the region to lobby its members to contribute money towards that initiative.

One group that went public about the matter stated that they had already contributed Ksh100,800 as registration without their husband's knowledge.

They were convinced that it was legit owing to the frequent visits Deputy President William Ruto had made in Murang'a.

The red flag was raised when some of the women claimed that they heard warning about the scheme on local radio stations.

"I heard on the radio the warning about the scheme, we may have lost our money," one woman lamented.

Ruto's communication chief, Emmanuel Talam, speaking to a local publication dismissed the existence of such a program, urging the women to report the incident to law enforcement officers.

"There is nothing like that. Those fraudsters should be reported to police," he insisted.

From reports, at least 1,500 victims have been cheated raising a total of Ksh945,000 with others still coming forth to report the matter.

Murang'a South police boss has confirmed the reports, assuring those defrauded that a manhunt has been launched to apprehend those behind the scheme.

"No such scheme has been sanctioned by authorities here. Fundraisers must be structured and authorized. This is an unknown program that has been denounced by political and social welfare officers concerned," the police boss noted.

5 Ways A Man Can Identify A Wife Material Lady

What Ndindi Nyoro Offered to Kiharu Residents Today, That Has Left Kenyans Congratulating Him