"Hi ni Uchawi", Kenyan Say Reacting to An Incident Where A Woman Allegedly Turned into a Goat

By KrimeExpert (self media writer) | 5 months ago

Police officers from Kakamega are currently investigating an incident which reportedly happened today in the evening after a middle-aged man claimed that his alleged lover turned into a goat. 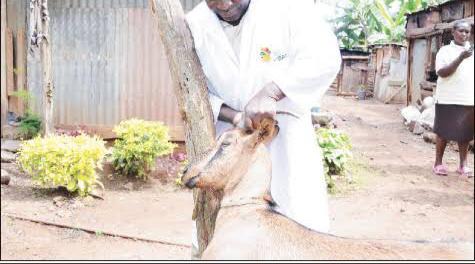 According to the reports given by the man who has been identified as Joel Namasaka, he revealed that he had gone to Soi market where he allegedly met a woman and after talking to her for a while, he asked her if she could accompany her home.

To his surprise, the beautiful woman Allegedly agreed to accompany the man to his house claiming that she had fallen for him and at the same time revealed that she was ready to become his girlfriend.

This was followed by a dramatic scene after the two went home and as soon as they were about to enjoy themselves, the woman is reported to have turned into an alleged goat.

While reacting to this incident, Kakamega residents claimed that it was so unfortunate or rather a myth in which the man was using to try and attract attention. At the same time, others went ahead and called upon the man to visit a herbalist claiming that maybe the woman had a husband who had done something to the woman in order to prevent her from any type of cheating.

James Murtha - The man should visit a pastor people think this is a scam but I've seen things I can't explain.

Mueni Caroline - The woman's husband might have visited a witch in order to prevent the woman from cheating on him.

Adhiambo James - Congratulations to my Bungoma people you're now proving the impossible to be possible.

Leah Jude - This is great I would have liked to see this for myself in real life because I honestly don't believe this.

Mike Alaska - Well, now you know and that's whats up, let's get into it. 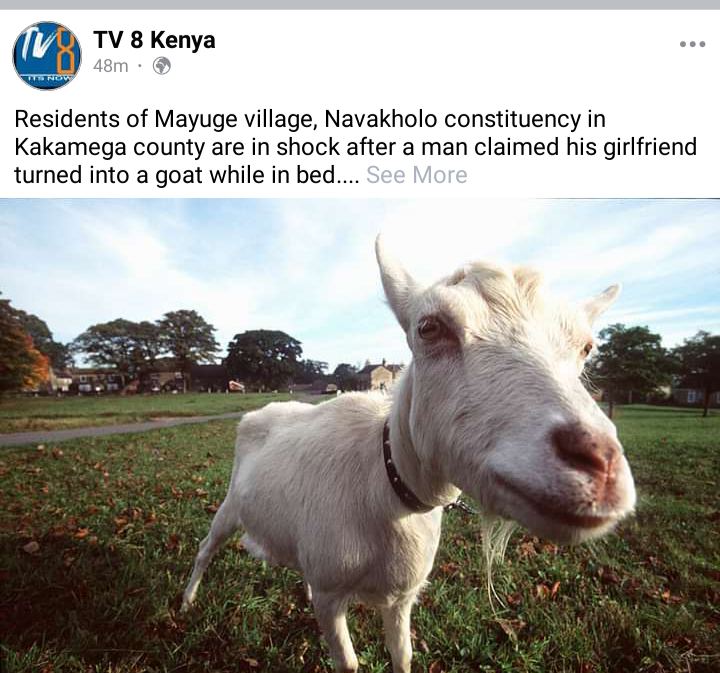