By NatashaNews (self meida writer) | 15 days

Government spokesperson Colonel Cyrus Oguna has finally responded after worrying news was reported few days ago from Kitui county. According to previous reports, it was alleged that pupils at Kalima Mundu Primary,In Mwingi fainted due to hunger that is greatly affecting Eastern region and North Eastern region.

According to Oguna, there was no any evidence backing reports of Pupil fainting Because of lack of food in the region. Oguna went on to clarify that the government is having plans of saving lives in the affected regions with draught and that, nobody is going to die due to luck of food staff's.

Oguna went on to ask kenyans to stop spreading fear among residents through sharing unvarified information that is causing Panic Mode among residents. He asked anyone with proof that students at the said primary school fainted due to hunger should come out and Share those proofs for the government to act on it. He said this while attending a church service in Kitui county, while accompanied by some other government officials. 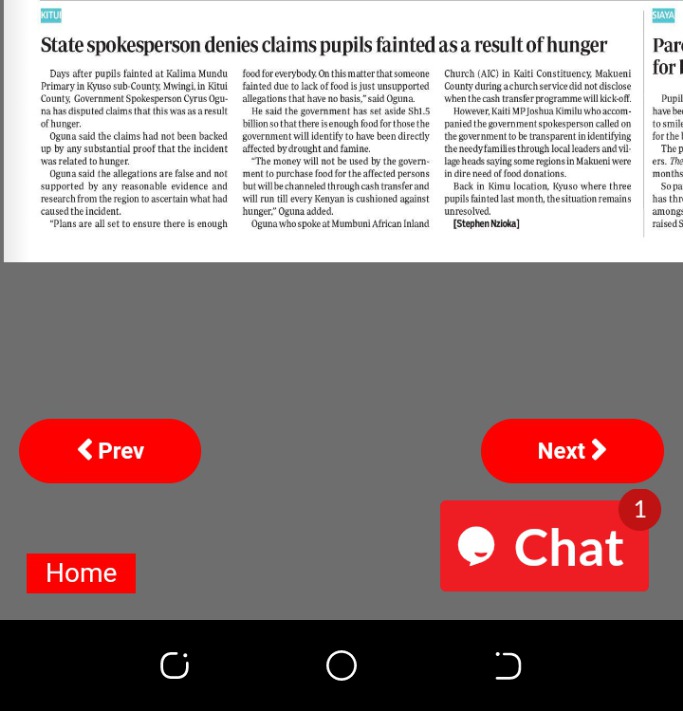