Sh0ck As A Man Is Kidnapped And Family Asked To Pay Ksh450,000 Only To Realize That He Was Arrested

By OmbatinewZ (self media writer) | 4 months ago

Residents of Konoin In Bomet county are still finding it hard to come to terms with an incident whereby a businessman was abducted for owing people money and returned home only tell his family that he had been arrested by the police. 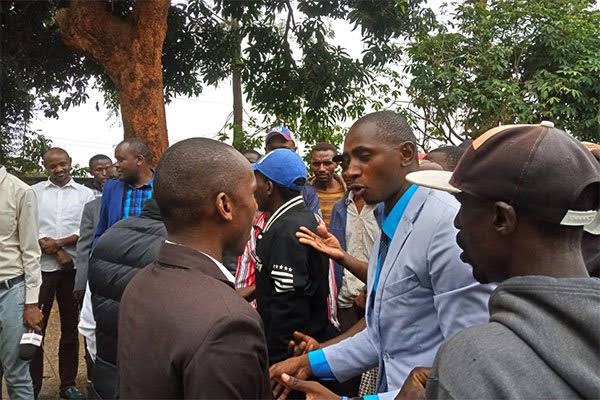 Benard Lang'at, the victim, runs a chemist at Toboino trading center and was allegedy kidnapped on Wednesday last week. The family of Benard reported that their kin was missing at the Konoin police station and the police had started a search for the victim.

According to the Father of Benard, they received a message from the kidnappers asking them to pay Ksh 450,000 as ransom for his son claiming that the money was a debt that Benard took from them.

The police in Koinon have since launched investigation into the incident to unravel the truth.

My Pastor Tricked Me To Marry A Widower With 3 Children, I Didn't Know It Was Her Plan; Lady Narrate