By Chelangatdaisy (self media writer) | 1 year ago

Malaba residents today took to the streets after one of their own was allegedly shot by police officers for not wearing a mask .

Ezekiel Odera ,a 20 year old ,after being shot was rushed to hospital but died while he was being attended to as reported by his brother .

This act prompted the locals into demonstrating on Saturday, November 28. Bonfires were lit up and saw people taking off their masks in defiance which caused a major traffic snarl-up at the border town.

This act had the Teso North MP Edward Oku Kaunya condemning the police on their brutality against citizens . He called on the Inspector General of Police Hillary Mutyambai to ensure that whoever was responsible for the this to be brought into record of his act.

Kaunya stated that ,"I condemn with the strongest terms the incident that took place. It is unfortunate that police officers can use firearms because a young man has not put on a mask. Action should be taken by the IG. The officer must be arrested and arraigned in court." 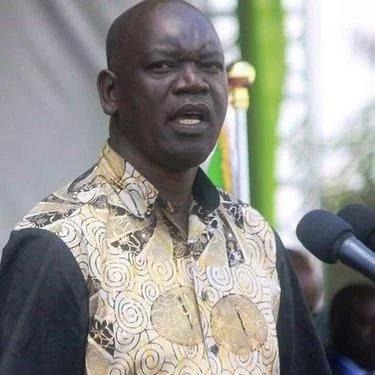 The MP was Keen to note that firearms were meant to be used to protect citizens rather than to scare them off.

Kaunya further stated that the whenever the public is demonstrating peacefully no GSU should be deployed to cause harm to them as they are expressing on their anger but in a rightful manner .

Content created and supplied by: Chelangatdaisy (via Opera News )

What Musalia Mudavadi Might Declare Tomorrow At Bomas of Kenya (Opinion)