Sad as Police Officer is Murdered, Robbers Disappears with his Gun

By PrimeUpdatez (self meida writer) | 27 days 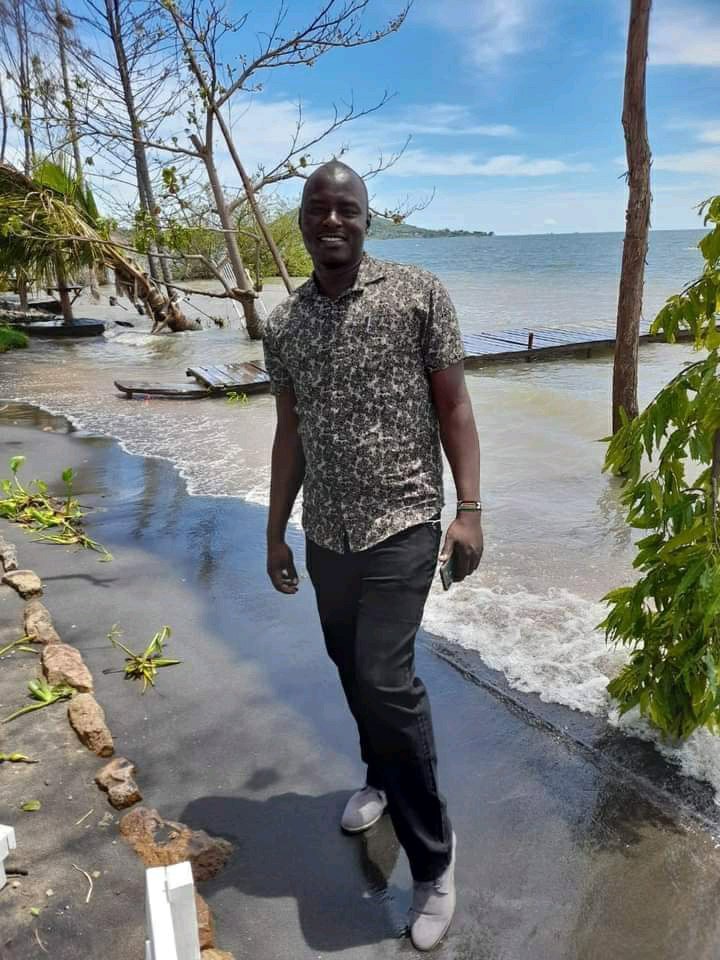 Detectives from criminal Investigations in Nakuru are in hot pursuit of robbers who killed and stole a gun from a police officer.

The unknown assailants are said to have shot the police officer on the head killing him on the spot before fleeing with his gun.

The firearm of type Ceaska pistol registered under number S/NO 94676 was missing whom detectives are busy trying to recover it. 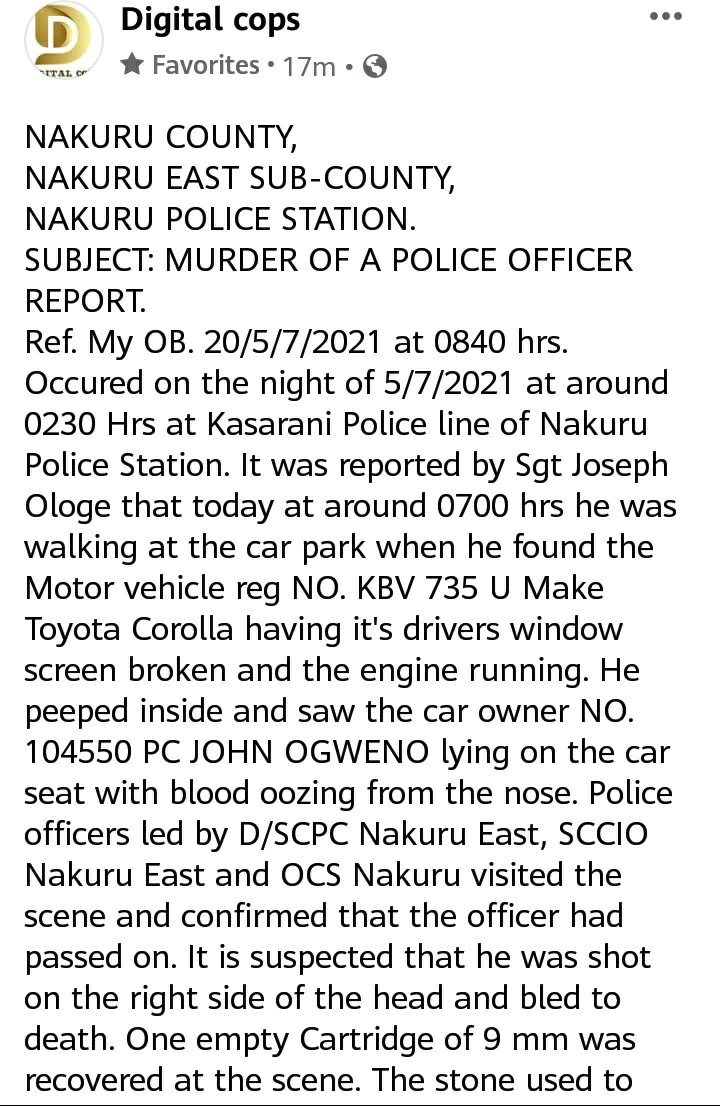 Reports at Kasarani Police line in Nakuru p[olice station indicate that Sgt Joseph Ologe was walking around 7.00AM on Monday morning when he saw a car under registration number KBV 735 U of Toyota Corolla make parked in the car park with drivers windscreen broken and engine of the car still running.

Taking a close look inside the car, Ologe saw PC John Ogweno inside with blood oozing from his nose.

Confirming the incident, detectives who visited the crime scene said that Mr.Ongweno received a shot through his head leading him to bleed to death.

At the crime scene, the police were able to recover an empty cartridge of 9 MM, stone used to smash the car and an iron bar that were kept as exhibited waiting biometric analysis.

Police are calling upon the public who might have any information that will led to the arrest of the assailants to immediately report to the nearest police station.

US Navy Gets A Brand New Nuclear-Powered Fast-Attack Submarine

Just in: Raila Replies to One Kenya Alliance Plea to Join Them, Leaks Details of Next Week Meeting