A boy aged 13 years old shocked a court in Nairobi on 20th Monday 2021 after confessing that he knowingly slept with their female house help of 39 years for more than 8 months. The boy confessed that his relationship with the Househelp started way back in July 2020.

The name of the minor was not revealed because of his young age. He however confirmed that the house help introduced him to the act at a tender age and he always wanted to engage in the act with her due to addiction that developed after sometime.

The house help had been released on cash bail in February, but later on, the boy was asked whether the 39-year-old forced him to have him satisfy her, he confidently confirmed that he removed his clothes and liked the session with the house help to an extent that he always wanted to have her the all period she was there.

Talking before the Nairobi Principal Magistrate, the boy revealed that he used to engage in the act three times a week with the woman and did it between 1300 hrs to 1600 hrs on those days. The Househelp had told him to let nobody know about her engaging in the act with him until one day when he was caught red-handed watching adult content movies on his sister's phone.

The boy further said that watching adult movies from her sister's phone stimulated him and he engaged in the act with the older lady in the kitchen and sitting room at night when everybody was asleep. 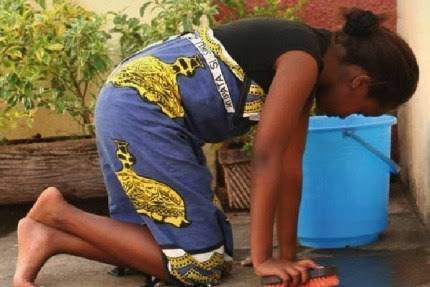 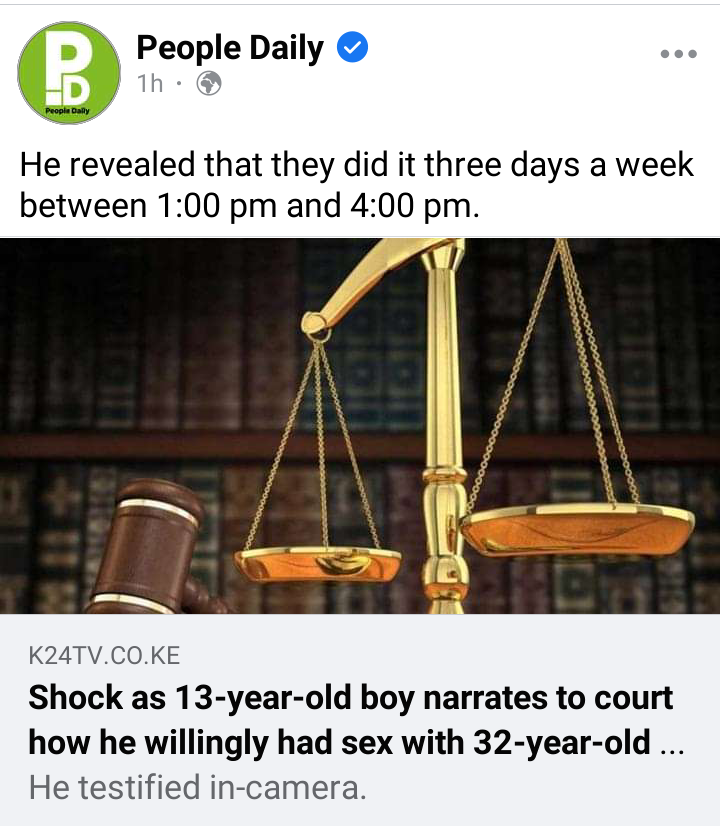