By AbbyNews (self media writer) | 7 days ago 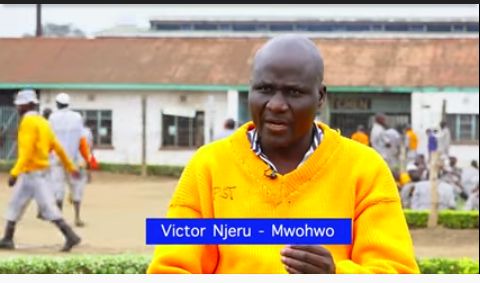 Victor Njeru has emotionally narrated how he ended up in jail for a crime he didn't commit.

Victor says that he had a butchery business and needed a motorbike to help him in transporting the meat.

His best friend who had a broken arm at the time told him that he had a motorbike that he wanted to sell for 60,000 Kenyan shillings so that he could get money for medication.

Victor saw that was a good deal since the same brand costs 120,000 Kenyan shillings at the shops.

He paid his friend 40,000 Kenyan shillings and they agreed he would get the documents after he paid the balance.

However, after a few days, the police came to his house, arrested him and explained that his motorbike was stolen. They added that the motorbike's owner was killed as it was being stolen.

Victor was shocked and since he didn't have any documents to show that his friend sold the stolen motorbike to him, he ended up in jail.

He says life in jail has been hard and urges people to avoid buying second hand items without documentation.

Businesses You Can Start With ksh 10,000 in Kenya.

Newcastle United's Message To All Its Fans.