Police officers from Machakos have arrested a man who is reported to have killed his wife who he allegedly stabbed several times after he allegedly found her with another man in their house. 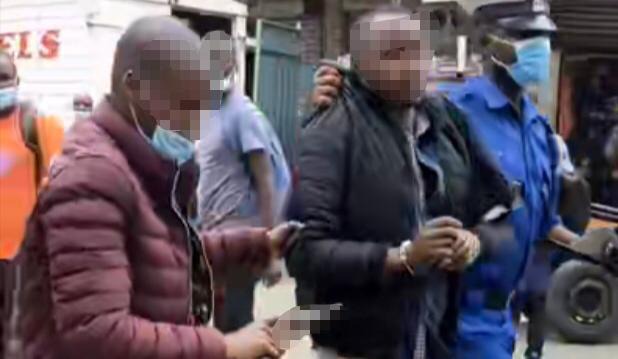 According to the reports given by the directorate of criminal investigations, it has been revealed that the suspect who has been identified as 28 year old Mutiso Masau is reported to have committed the crime on October 28th.

Police officers who arrived at the crime scene later took the body of the deceased to the Mortuary after which they immediately launched a search for the woman's husband who at the time was considered as one of the main suspects.

In the latest news on the incident, the directorate of criminal investigations have revealed that the suspect has allegedly surrendered himself to the police after he walked right into one of the police stations accompanied by two of his brothers.

Reports given by the directorate of criminal investigations have revealed that the deceased was allegedly found with another man making merry in unclear circumstances by the suspect who immediately took matters in his own hand, stabbed his wife before fleeing from the crime scene. 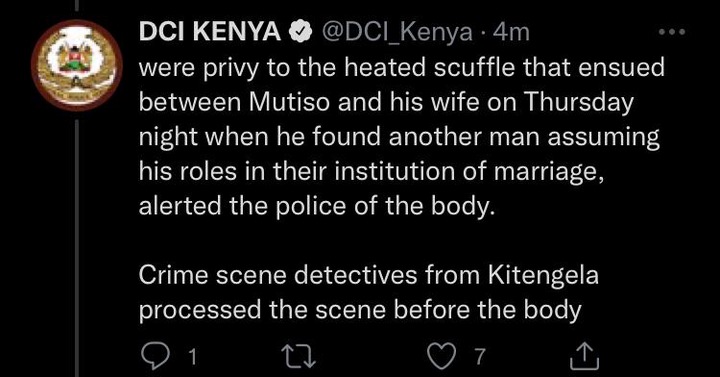 This is happening at the same time when the inspector General of police, Hillary Mutyambai has called upon kenyans wanting wanting them to seek professional advise in regards to their marriages. According to Hillary Mutyambai, he said that this would help reduce the increasing rate of murder in the country. 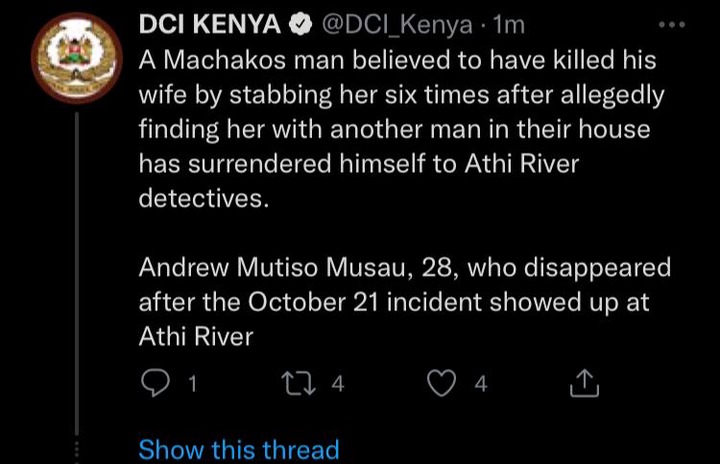