Fresh details has emerged behind a Jomo Kenyatta University of Agriculture and Technology, JKUAT student. According to the source, a student is reported to be a first and it is said that before he met his painful death, he spend time with the lady in a club drinking hard drinks. 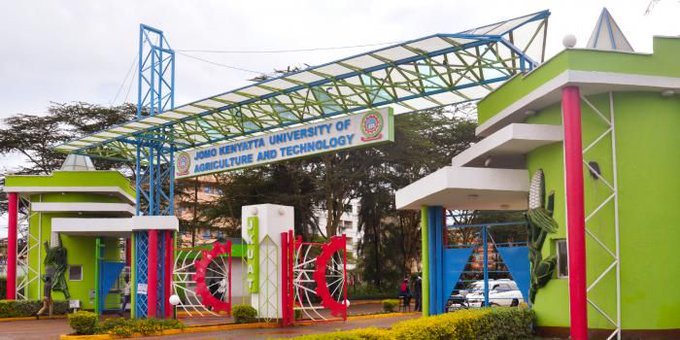 "The now five young adults continued partying until late Monday night, when hunger pangs hit them and they decided to go look for food outside. Her roommate, who was already intoxicated and could barely move, was left sleeping," DCI stated.

It is reported that a group of two men found all eateries closed and proceeded to party at a nearby joint till late in the night. When they went back to the woman's house at around 1am, the fourth-year student realised that he was caught up in a love triangle. 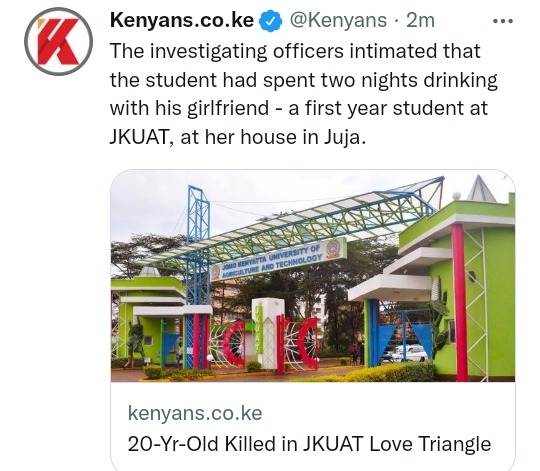 According to the messege that was delivered to the detectives from the Caretaker identified as Dan Guchu, that he was woken by a loud thud, and before he rushed out only to find the body of a helpless young man lying on the ground.

The detectives are reported to be out under investigation even though claims behind the death of a young man is linked up to love triangle.