Omosh has started going to the headlines again after a video of him begging for money again on live television went viral. In the video omosh claimed that some people who offered to give him something did not deliver their promises and he still needs help.

Omosh first went viral months ago on a live interview where he was crying saying how life has been difficult for him. Many kenyans rose up to help him including celebrities and politicians. He was given land, huge amounts of cash and even offered a house that is currently on final touches.

However after he surfacing lately again asking for money and saying that he was offered less than a million, he annoyed many kenyans including those who helped him. A video has surfaced this morning of him drunk and staggering while he is being led to a house by a colleague and the video has caused alot of reactions online. The video is very dissapointing to many including his helpers. 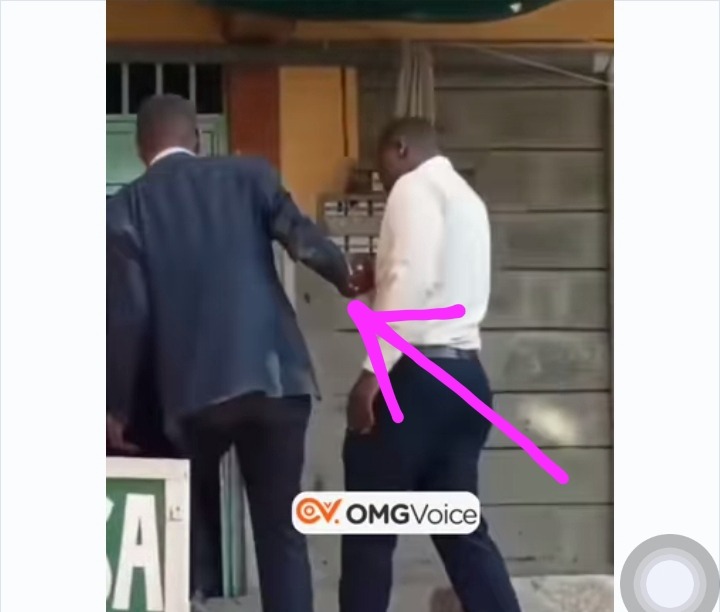 After the video was posted in a renown facebook group known as OMG Voice Kenya, many kenyans have reacted saying that the guy needs help because he seems to be having stress. Others said that he should be taken to rehabilitation first for him to get help of his alcohol addiction. Below are some of the reactions: 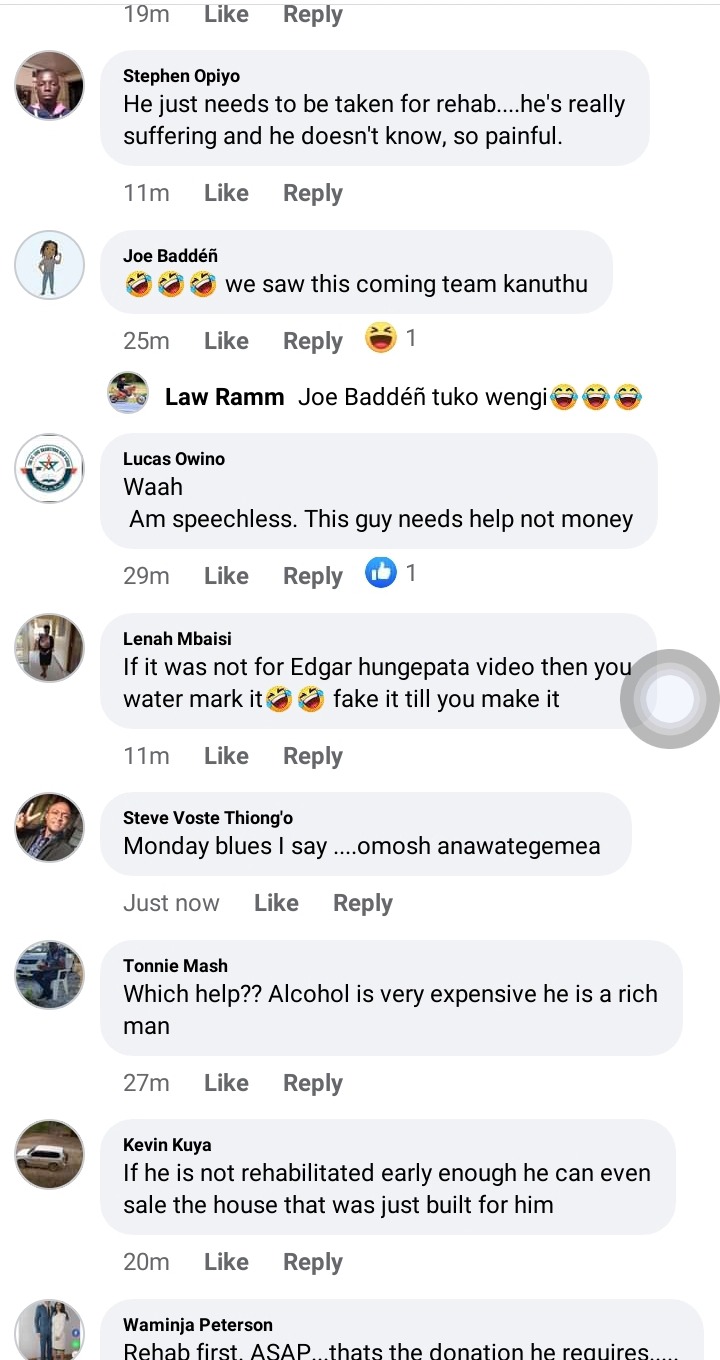 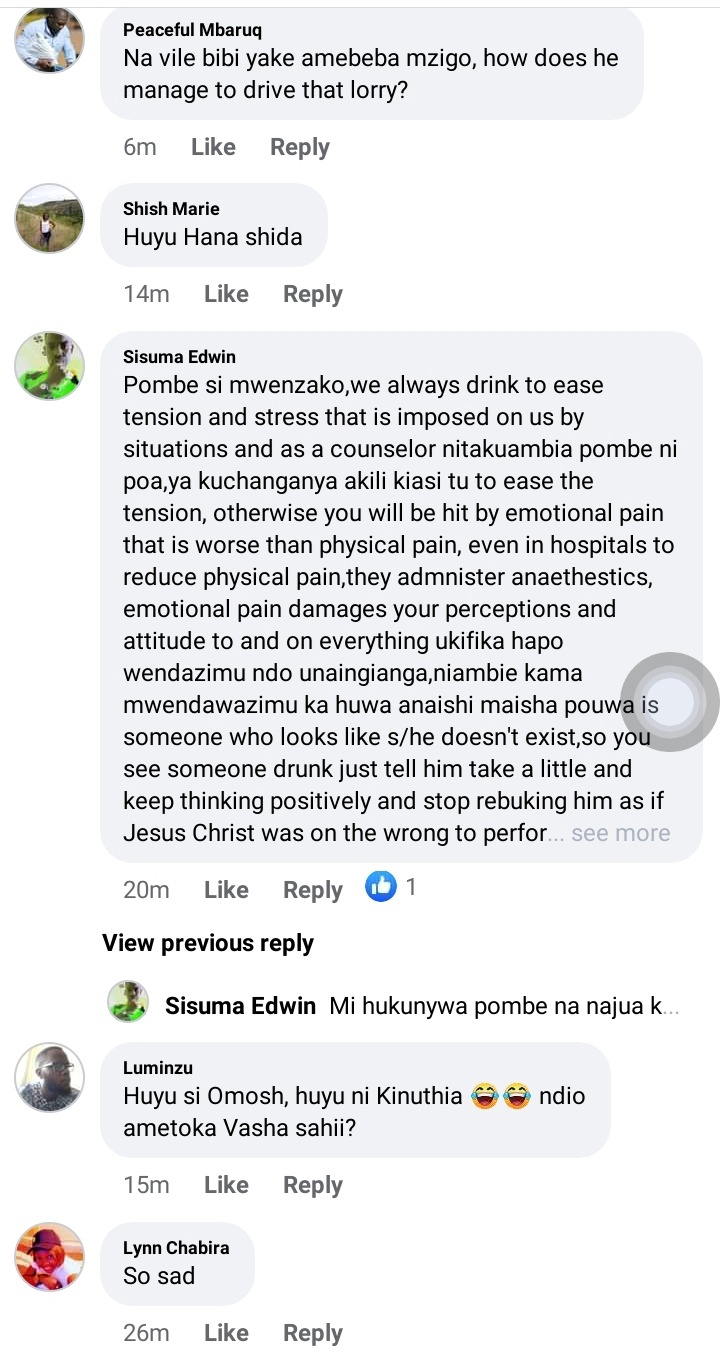 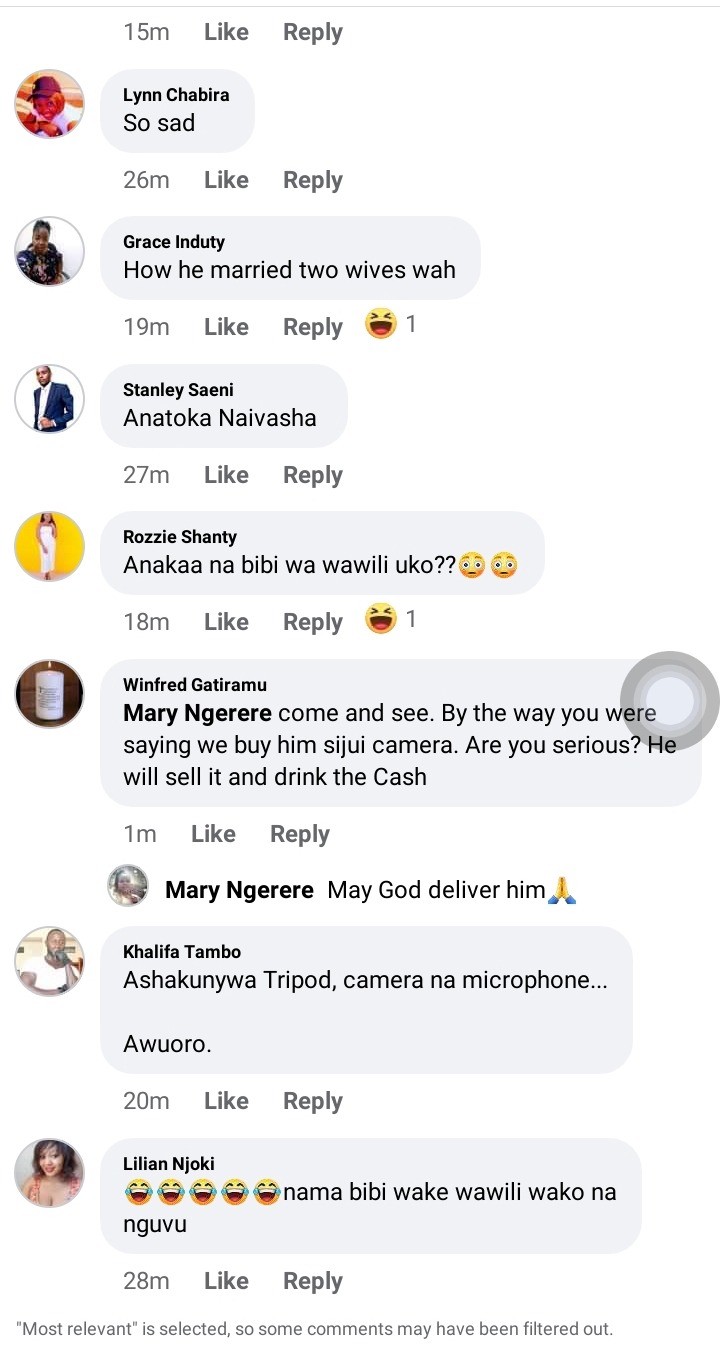 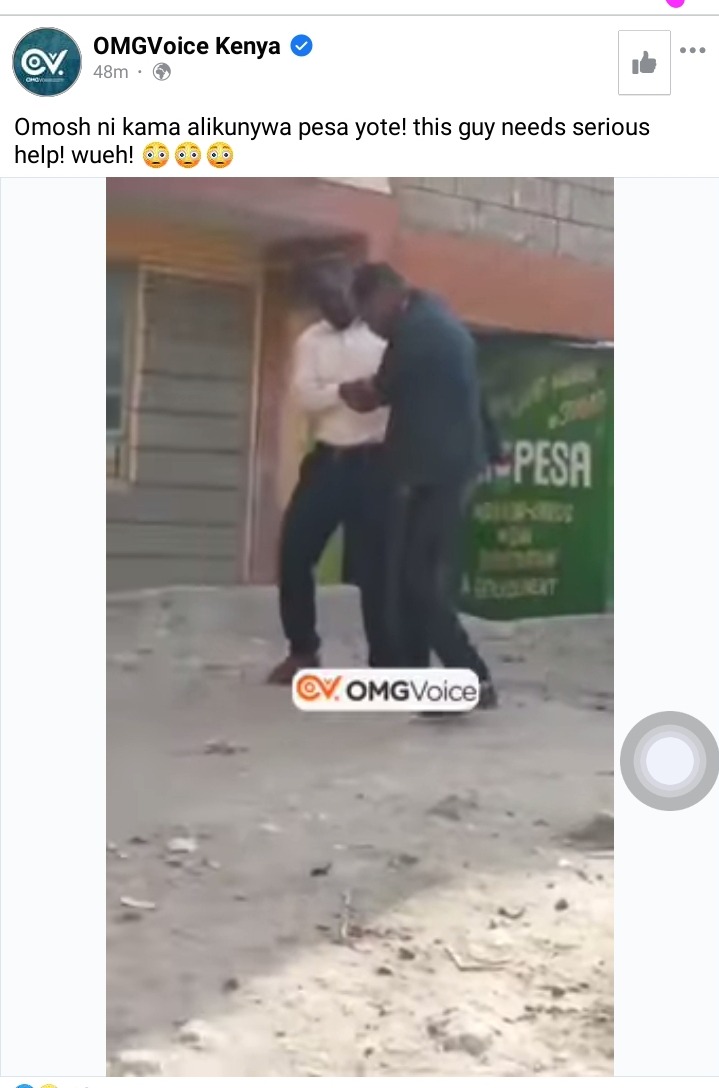