A family from Kiambu is currently mourning the untimely death of their daughter who is reported to have died while working in Saudi Arabia. 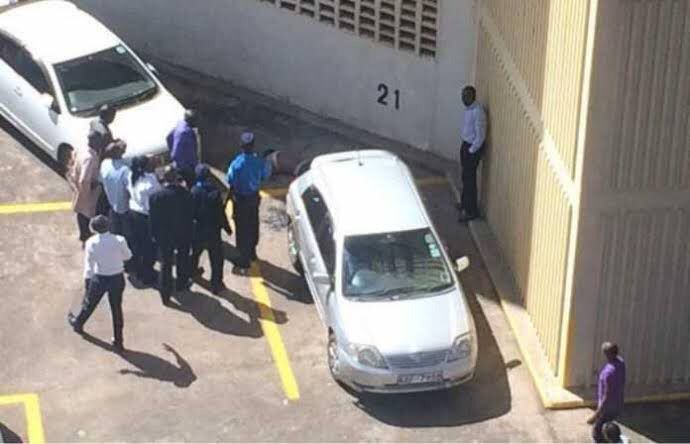 In a news report that has been shared by a reliable source of information, it has been revealed that the deceased who has been identified as Grace Wanjiru told her family members that her boss's son had been trying to get in bed with her.

According to the reports given by the mother of the victim, she claimed that it was after this that the suspect who allegedly got upset after being rejected threw her daughter over the bulcon.

Sadly the deceased is reported to have died after being rushed to the hospital. 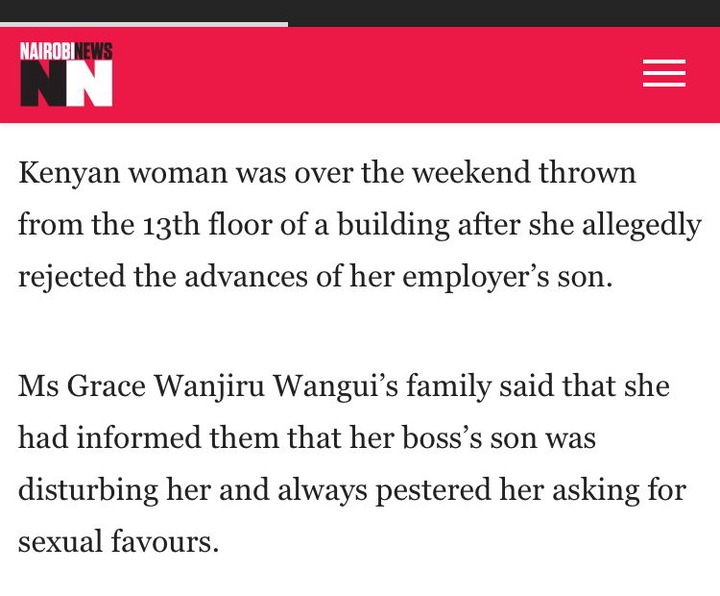 While reacting to this incident, kenyans who took to their different social media accounts to express their opinions on the matter have called upon the government of Kenya to conduct an investigation in order to find out what happened to the woman.

According to the reports given by most Kenyans, they claimed that it is so unfortunate that the government is yet to do something about the increasing number kenyans who are currently dying in the Middle East despite the fact that the numbers keep on rising on a daily. 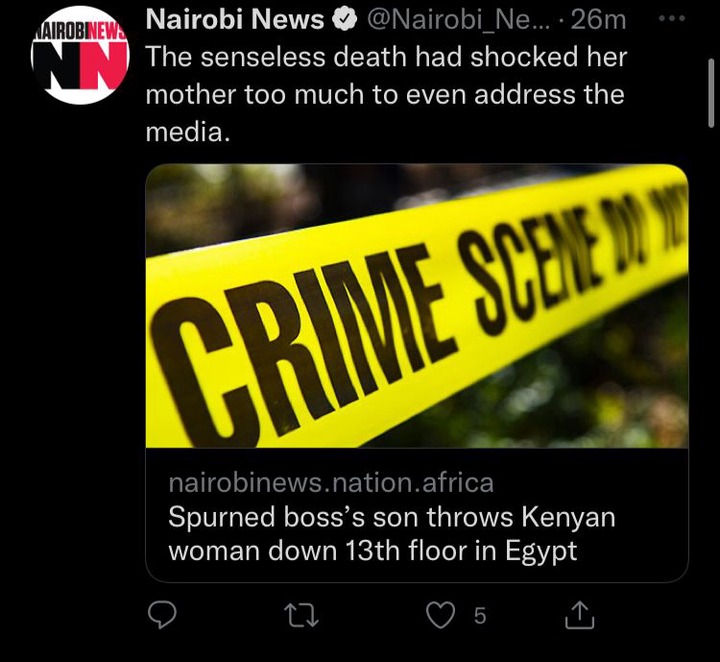