Kabete Shooting Survivor Narrates How He Escaped From The Killer Cop

One of the two survivors in the Kabete shooting has opened up on how he survived the night of horror that claimed six lives.

The survivor informed journalists that he was in the company of a friend very early on when they met the cop identified as Benson Imbatu, a police constable attached to the Kabete police station. 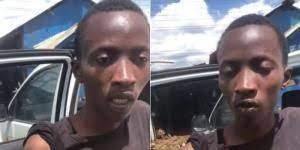 As per the survivor, Imbatu ordered them to stop and raise their hands and the two friends who had come from a night vigil complied to the order.

As the two were fleeing, the cop fired more shots and fatally shot the other man in the head.

The survivor told the press that he fled with blood oozing from his hand and returned to the vigil and that is the point at which he realized that his friend had been fatally shot.

Friends and colleagues at the vigil administered first aid and took the man to the hospital where doctors saved his life.

The survivor was among two people who are nursing wounds following the Tuesday morning, incident. Residents of Kabete depicted the night as frightening as they described to the press how bodies were left in the cold.

Boda boda operators whose colleagues were among the victims expressed that they were at their station when a probox halted near them and a cop alighted and started shooting.

As per the boda operators, the occupant of the vehicle started shooting at the market while a motor cylcle was passing nearby. The officer who went crazy is accused for killing his girlfriend prior to going out and shooting five other civilians. 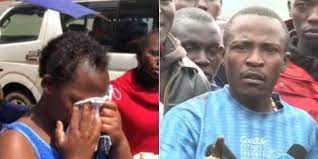 As per sources, Imbatu was previously attached to the presidential escort unit during former President Mwai Kibaki's reign prior to being sent to the Kabete police station.

The source uncovered that Imbatu, who was a chain smoker, maintained an introverted character as he generally minded his own business. The police constable didn't have any indiscipline case on his file as he maintained a clean record.

The calm nature, as per the source, seemed to disguise a peculiar but dangerous character about Imbatu. This instinct made him keep limited conversations outside office time with Imbatu.

"Last week, he went to his girlfriend’s business premises and caused a commotion by damaging property and destroying some alcoholic containers. After the disarray, he left the shop, apparently irate over a specific issue," the source intimated to Kenyans.co.ke.

The cop additionally hinted that another motive could be behind Imbatu's killing spree, pointing out that the deceased's mental state had snapped. He uncovered that Imbatu had suspected that the Independent Policing Oversight Authority (IPOA) were following him up concerning a previous situation where the cop had killed a civilian. 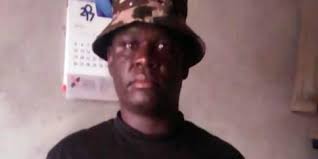