By Cpatterson (self meida writer) | 25 days 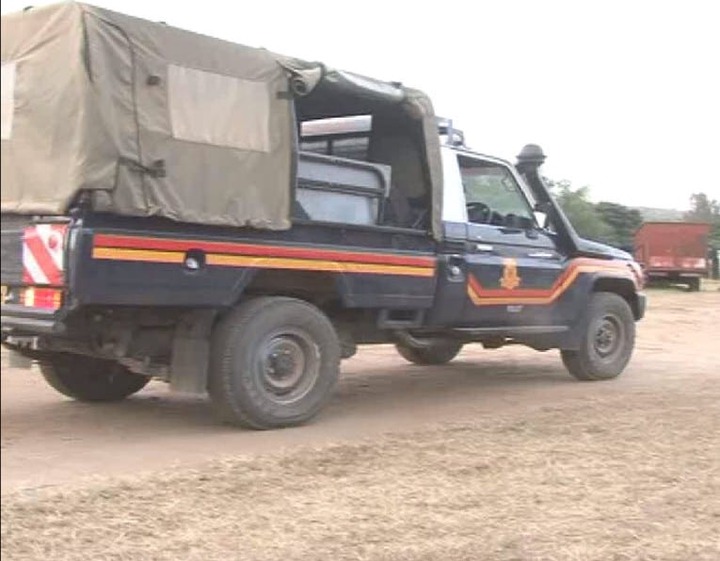 A police car at a crime scene(source.Facebook)

A 19 year old man has been arrested in Kilisa, Mbooni sub county of Makueni county after he was found with a form two girl in his house.

The incident was confirmed by Kakuswi assistant chief Elizabeth Kyalo who said that the young man is held at Tawa police station.

She noted that she was acting on a tip-off given by members of the public.

She and other officers ambushed the home of the man found the girl who was still in uniform.

The girl had been reportedly escaped from their home and went to to the man's home.

"I arrested him I'm his house, the girl was still in school uniform at the time," she said.

She warned residents against having relationships with school children stating that anyone found would not be spared.

She lamented how police officers have been handling such issues.

"We do so much to arrest such culprits and some of them get released even before they get to court. These people need to be stopped because they are destroying our kids," she said. 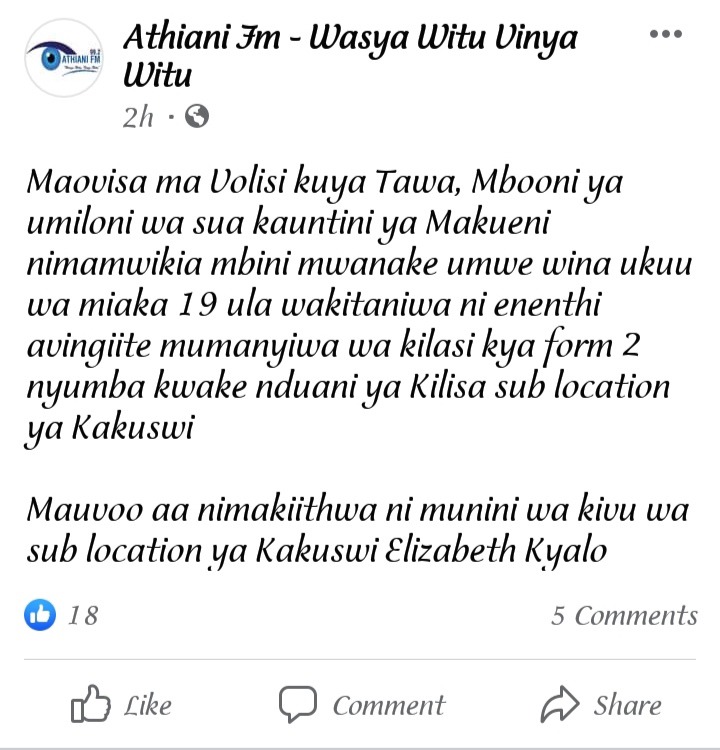 Please Help Me Raise My Babies, Says Mother Who Gave Birth to Quintuplets