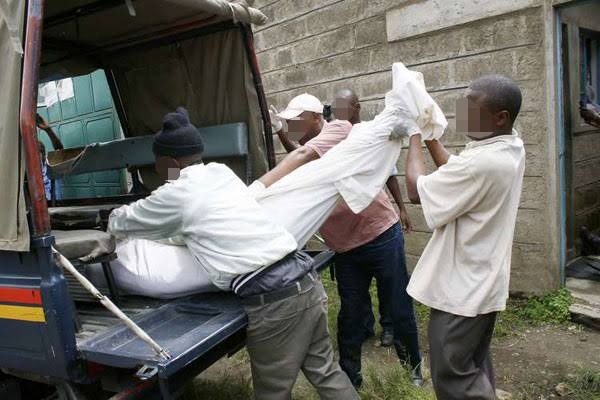 Police in Ndhiwa, Bungoma County are currently investigating an incident where a 55-year-old man collapsed and died inside a lodging.

According CitizenTVKe, the elderly man booked a room at one of the local hotels where he was joined by his female companion later.

Lately in the nigh the young lady was said to have reported to the police after the elderly man collapsed and died.

After being questioned, the lady revealed that the two bad a Sexual encounter before the man developed breathing compilation and later collapsed.

Police officers who toured the scene found the man lying down already dead.

It has emerged that the said man who still remains unnamed ingested an overdose of performance Enhancing Drugs before he met his death.

This worrying incident comes at time when so many men have passed on after using these drugs.

Men have been cautioned of using these drugs as many have ended up dead. 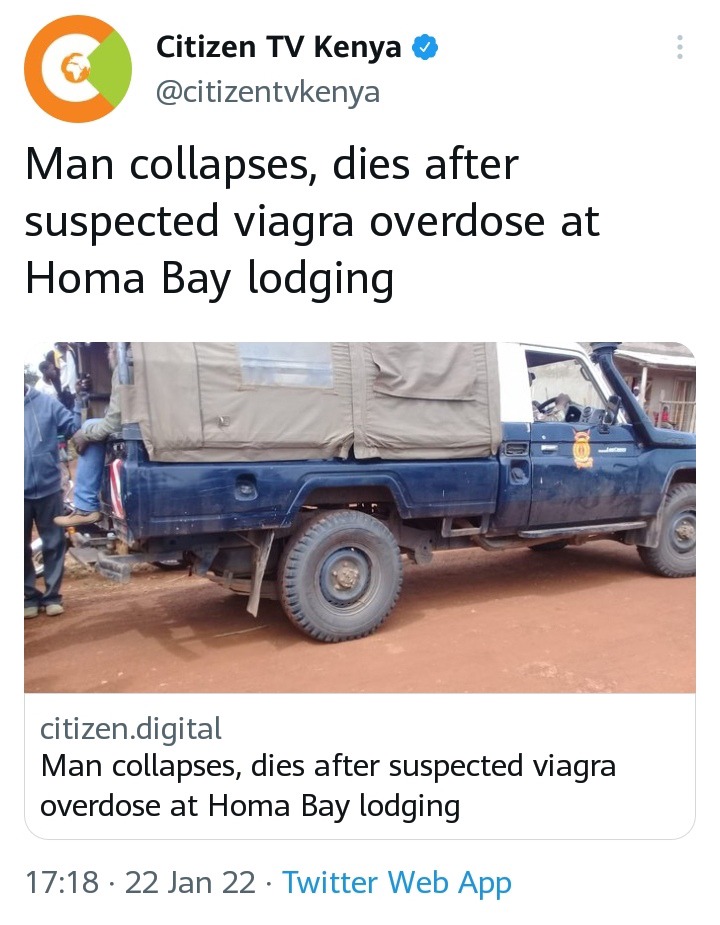