By Writer-Hub (self media writer) | 4 months ago 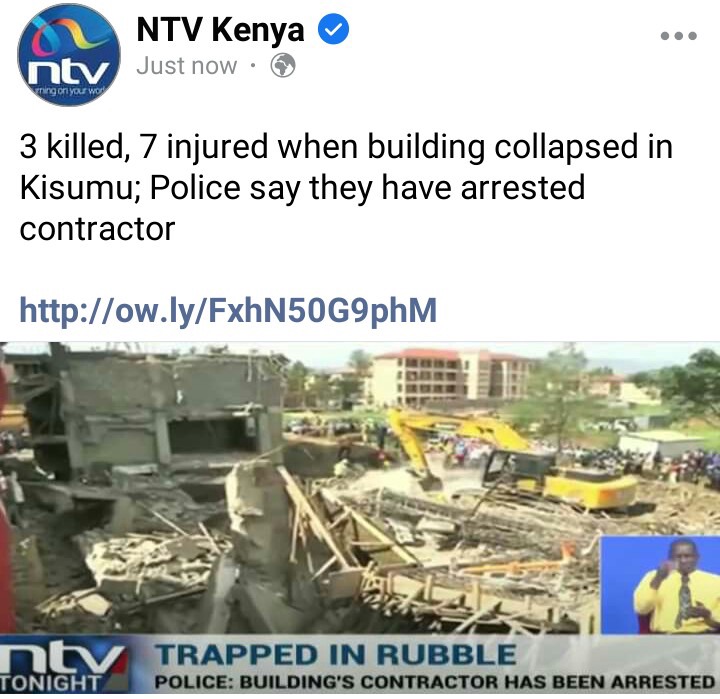 Contractor Gilbert Aono has allegedly been arrested after a two-storey building which was under construction collapsed in Mamboleo, Kisumu county, as revealed by blogger Maxwell and the Nation.

According to the reports, several people who were gravely injured were rushed to Jaramogi Oginga Odinga Teaching and Referral Hospital for specialized treatment.

Three bodies have since been retrieved from the rubble of the building. 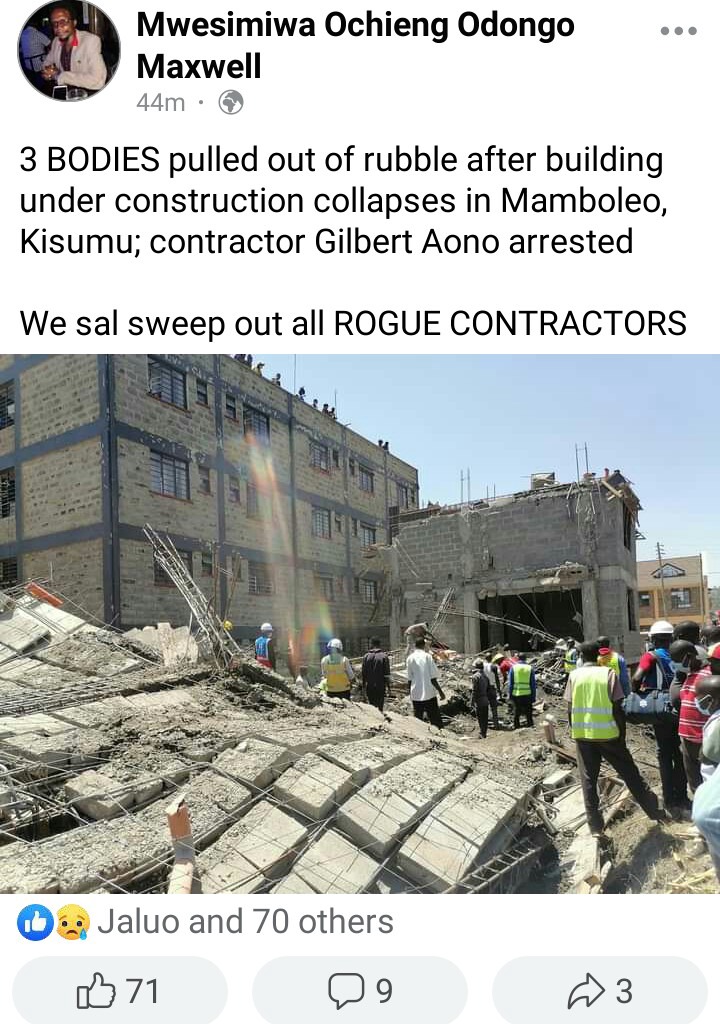 The total of people who were trapped in building is yet to be known.

Three women believed to be selling foods to workers were also trapped in the building.

Kisumu East subcounty police commander James Musymi, in an interview with journalists, noted that building collapsed at around 1pm.

Investigation to establish the root cause of the problem had already commenced. 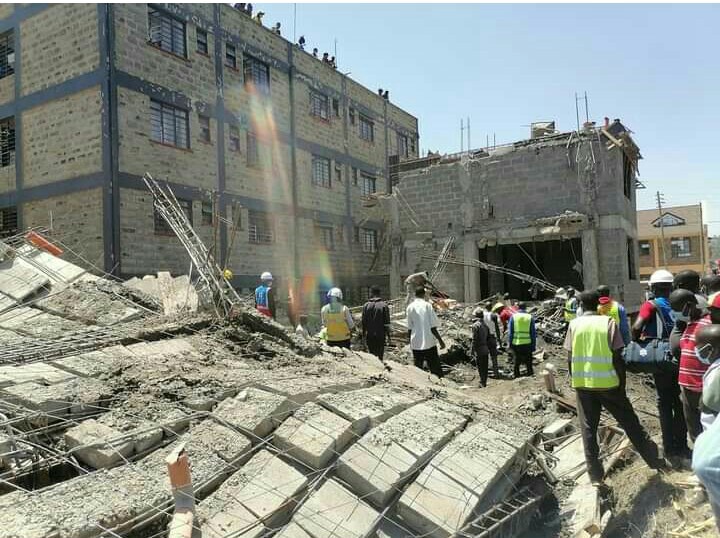 The incident comes a week after a five-storey building which was at the brinks of collapsing in Kiambu county was brought down by relevant authorities.

It was demolished after a tipoff from the public. Most residents were forced to run for their lives after the caretaker noticed a crack in the building.