By Shahhhh (self meida writer) | 25 days

Kenyan presidential Candidate Jimmy Wanjigi has shared a couple of deep conversations that he had with the late Jacob Juma who was found dead in his car several years ago on claims that he had been murdered by unknown people. 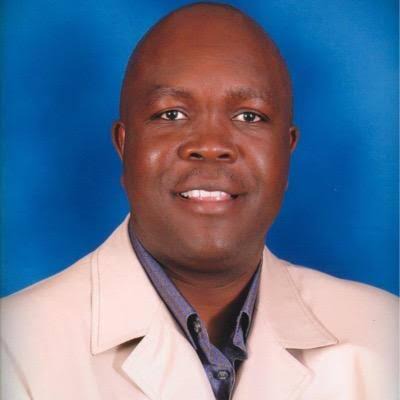 In an incident that left the country in shock, Jacob Juma is reported to have been sprayed with bullets several times before he was left to die hours after his vehicle was allegedly stopped by a group of armed men.

According to the reports given by the investigative police officers who looked into this case, they claimed that this was not a botched robbery adding that nothing was stolen from the man's vehicle despite the fact that he had money and several other valuable items in his possession.

In his latest statement, kenyan business man Jimmy Wanjigi decided to open and reveal a couple of things that he was told by the deceased prior to his death. In an interview where he revealed a couple of deep entails about the government's actions, Wanjigi said that it was the late Jacob Juma who brought his attention to the infamous Eurobond.

"I remember him telling me that there were some things which he thought was wrong with the borrowing process of the government. He told me that Kenya borrowed close to 300 billion from other countries. However, he added that at the same time, Kenya was also borrowing money from local banks but wasn't recording this domestic loans and that's what led to the discovery of the infamous Euro bond", Wanjigi said.

In his own words, Wanjigi who also exposed how the president of Kenya, honorable Uhuru Kenyatta along with his deputy, honorable William Ruto said that the late Jacob Juma had a lot of things which he knew about the government but also said that this is what might have gotten him killed. 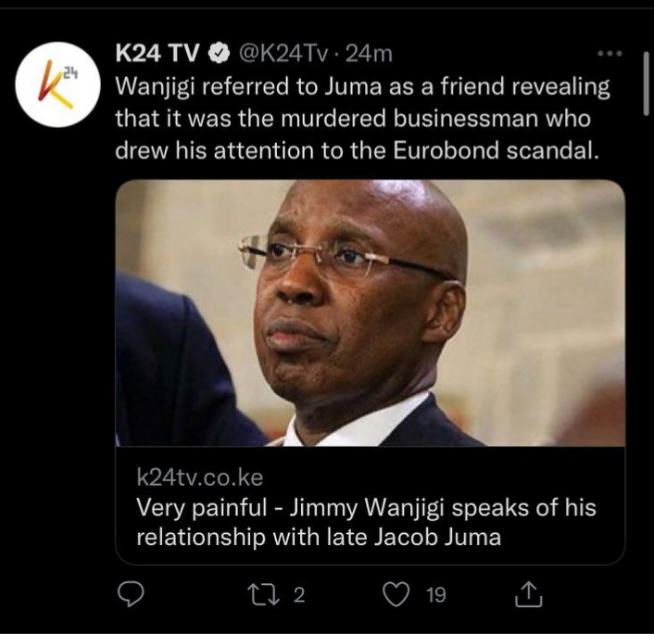 School Principals In Trouble Following This New Message From EACC

Are You Having Troubles Loging Into KRA Portal? Here Is Why

DP Ruto Will Never Give Money To Kenyans Again If Elected, Instead Promises To Do This