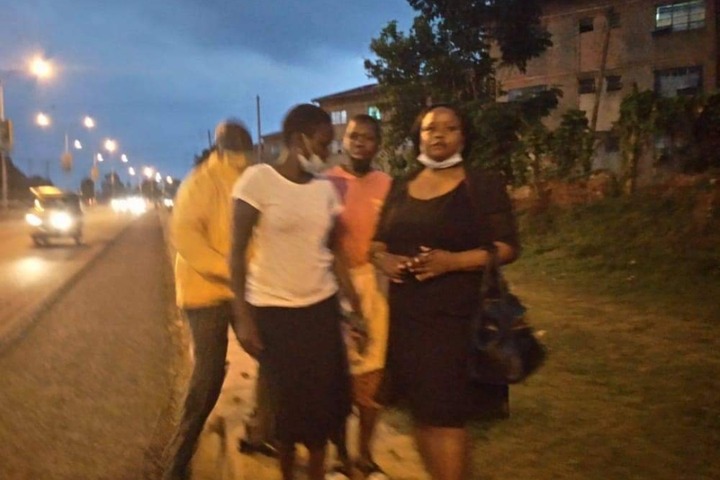 The United Democratic Alliance Party has been registering it's members accross the Country for months now, an exercise that was launched in the UDA Official Offices in Nairobi. Various Agents of the Party were assigned with the task in their respective regions.

This has seen Close to 5 Million Kenyans availing themselves in the registration Centres to surrender their details and also append their Signatures as a means of affirming their membership and also their willingness to throw their weight behind Deputy president William Ruto come 2022.

The various UDA agents have However been having difficulties in executing the Job since the government has made it difficult for them due to the political differences with Ruto who fell out politically from His Boss. There have also been cases where Kenyans have been dispersed from those stations to prevent the registration from going on.

Today was however not a good day for the Kakamega Agents who had troubles with the police after they were allegedly apprehended For doing the tough task.

Former Kakamega senator Bony Khalwale who took to Facebook to inform Kenyans about the predicament said that said that He was coming from the Police Station in Kakamega to bail out two women by the names Christine Monde and Sarah Lumala who were arrested for conducting the UDA members registration in the region.

Khalwale further started that Lumala is a breastfeeding mother who and does small business of selling vegetables. The former lawmaker added that He spent a total of sh. 20,000 on each of the two Women as they are waiting for their case to be mension of their case tomorrow. 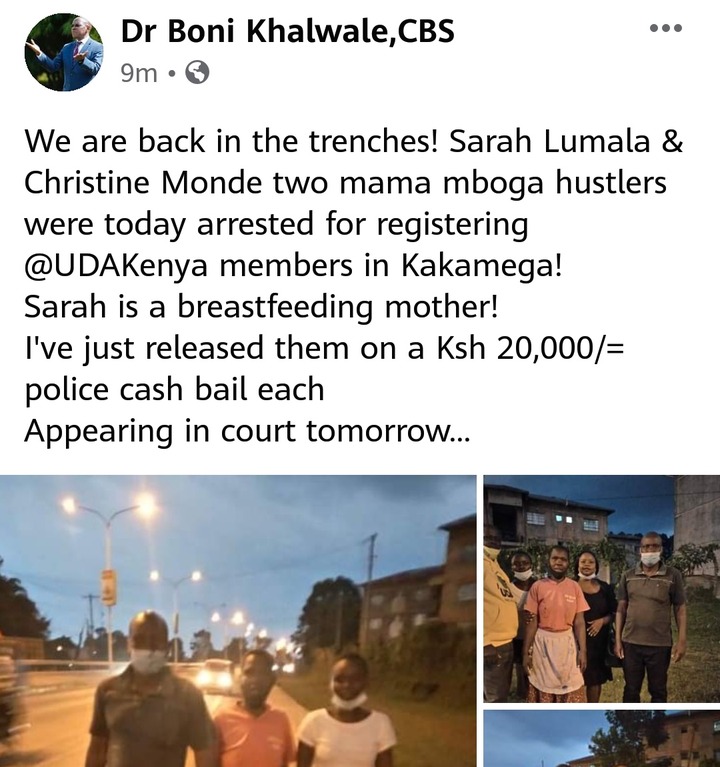 On a closer look on the sorrounding environment, Khalwale was in a less developed place at this time of the night where He was seen with the two women heading to their homes while footing. They then stood for a photo shoot.

Kenyans who are active supporters of the UDA party castigated the heinous act of the Police for arresting the two Women who were just conducting their mandate as instructed by the Party. Some even went to an extent of asking Khalwale to bring the police officers to book for their ignorance.

Ruto and His allies have been urging Kenyans to turn up in large numbers to register, even as there is supremacy battles between Jubilee, UDA and other One Kenya Alliance merged parties that seeks mandates to clinch the top seat.

Below are comments from Kenyans : 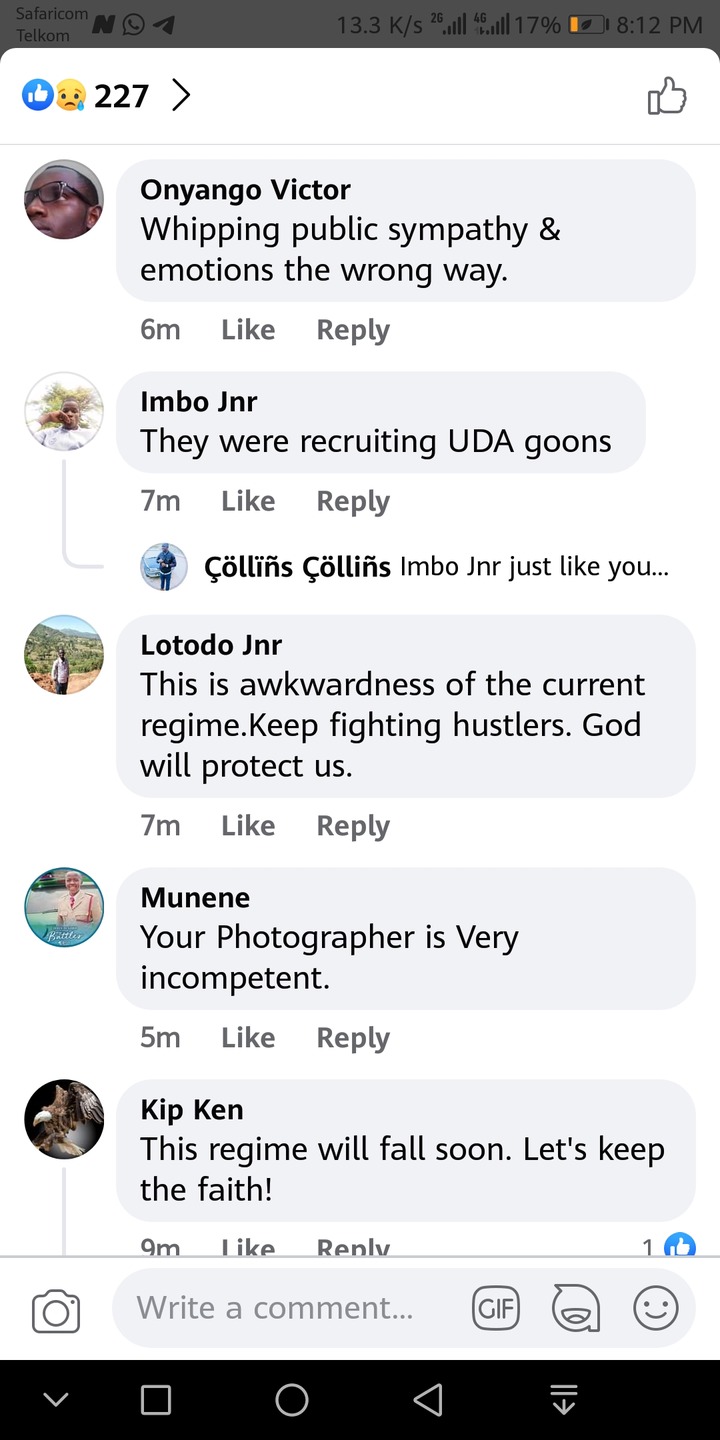