A court from Kakamega has charged a renowned Pastor alongside a Sheikh who jointly gang-raped a woman in her house as her two children, aged 5 and 2 watched in shock. 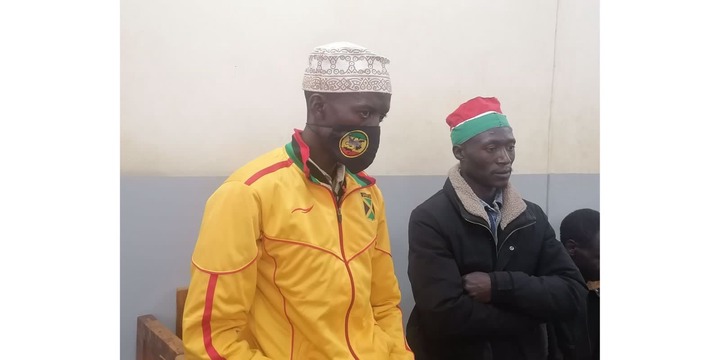 In a news report that has been shared by a reliable source of information, it has been revealed that the suspects who have been identified as Danson Malea of African Devine church and Sheikj Stephen Barassa Allegedly committed this crime on August in 2019.

According to the reports given by the woman whose name is yet to be disclosed, she claimed that the suspects allegedly broke, in her house after which they allegedly tormented her for hours before they decided to take advantage of her due to the fact that she was living alone with her two children.

Additionally, if has been revealed that the suspects allegedly Robbed the woman after stealing her phone worth Ksh. 7k and Ksh. 700 cash.

Giving her Verdict, the judge who had been following the case ordered the suspects to pay Ksh. 500k each. A news report that has been shared by a reliable source of information has revealed that the suspects denied this charges.

While reacting to this incident, kenyans who took to their different social media accounts to express their opinions, and suggestions on the matter have called out the renowned church and mosque leaders for doing this despite the fact that they were entrusted with teaching good morals from their respective religion.

According to the reports given by most Kenyans, they claimed that it was so unfortunate that this kind of incidents are yet to be addressed despite the fact that Alot of people are currently Loosing their sanity in the hands of these suspects. 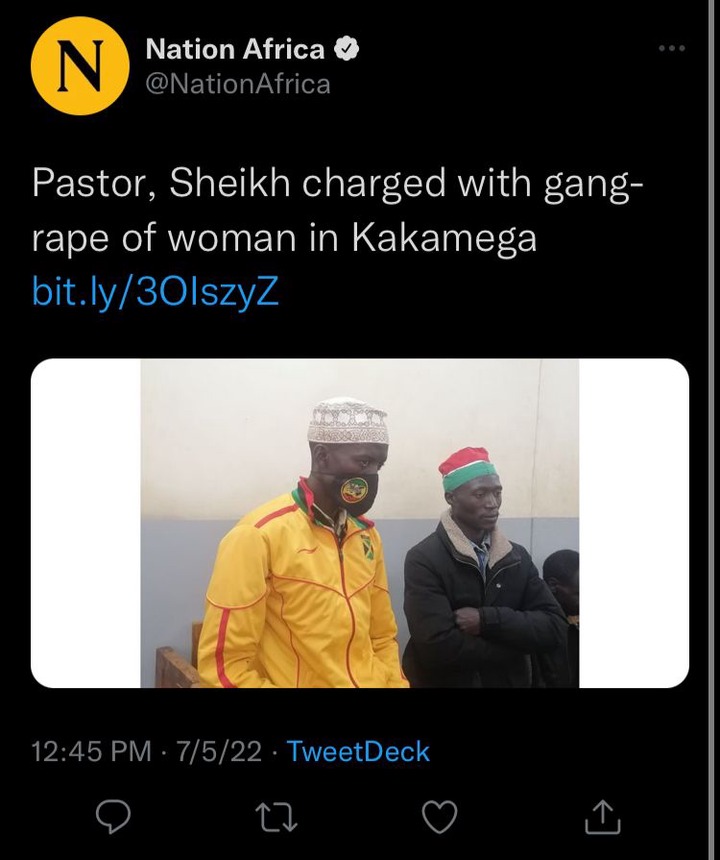