Homa Bay: Shock After a Man Hacks His Sister-in-law To Death Over Claims She chased his wife

Police officers in Rachuonyo, Homabay County are currently following a suspect who is believed to have hacked his sister-in-law to death at Koriw village over claims that deceased sent his wife away two months ago. 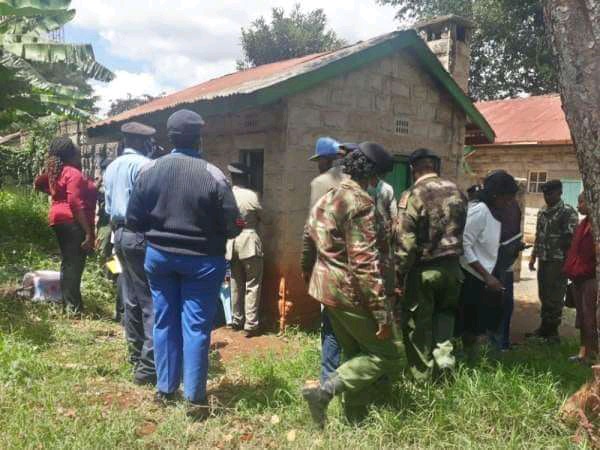 The woman who has been identified as Rosa Atieno reportedly died on Sunday after the suspect sneaked inside his house. He cut her with a panga several times leaving her to die.

While confirming the incident, the area assistant chief Pius Odoyo Ayugi, he says that the suspect sneaked inside his sister-in-law's house when her husband ( his brother) had gone to his work place.

Mr Oyugi told the media that the suspect killed the woman on the spot by hacking her with a panga and went ahead to cut off her left hand. He inflicted deep cuts on the deceased's neck which led to excess bleeding. 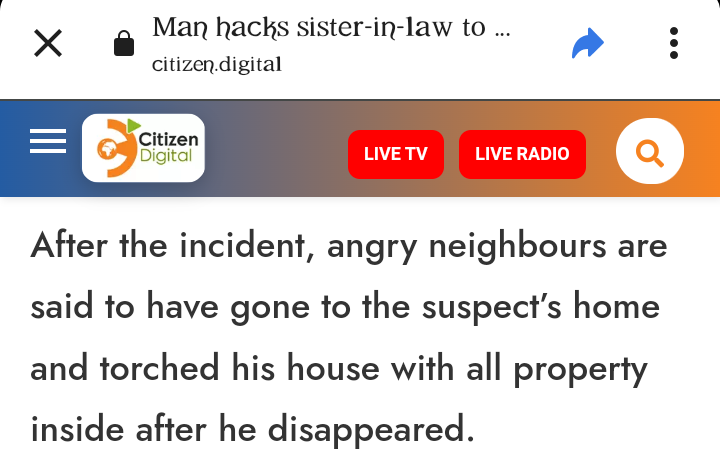 After the incident was confirmed, irate residents went to the suspects house but they found out that he had already fled. They touched down the house and destroying other properties. Rachuonyo South Sub-county police commander Lilies Wachira confirmed the incident saying that they have launched a manhunt for the suspect who fled away. The body of the woman was moved to Rachuonyo South Sub-county hospital mortuary.