By JNews.KE (self meida writer) | 6 days 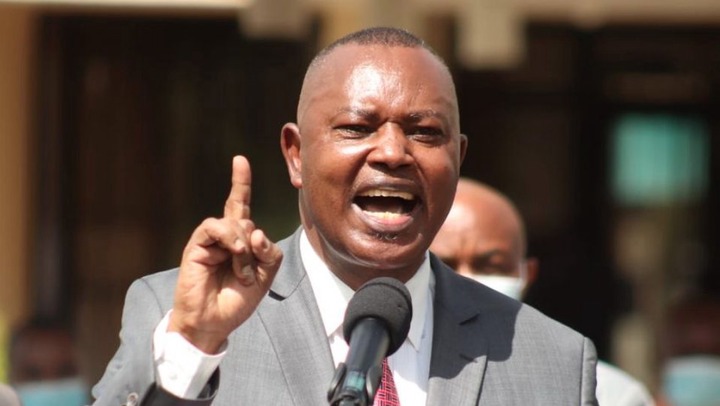 The Department of Criminal Investigation (DCI) has issued a warning about online scammers that lure girls using false promises and then extort money from them.

According to reports from DCI, the scammers are emerging as wealthy businessmen while their social networks are filled with images depicting their luxurious lifestyle.

The scams, which the detectives have identified as coming from Kisumu and Kiambu, seduce girls by promising them a luxurious life in Europe and attracting them with expensive gifts as a token of their sincere love. 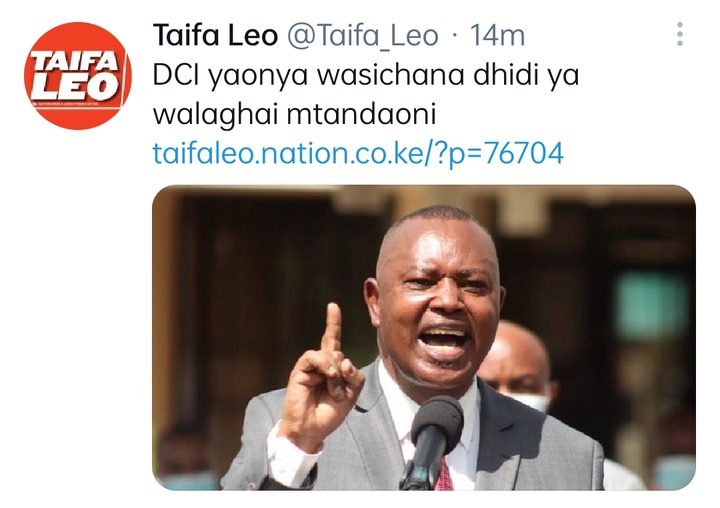 "DCI warns young women online to beware of scammers who deceive them with the promise of a better life in Europe, but end up squandering their money."

"This is after our fellow officials at Jommo Kenyatta International Airport (JKIA) became alarmed at the increase in the number of girls flooding the airport for allegedly taking gifts used by their" lovers "on social media."

"When they arrive, they are shocked to learn that they have been defrauded and that no gifts have been sent," said a statement from DC In a recent case, a 28-year-old woman was defrauded of Sh52,000 after meeting a man on social media claiming to be a British citizen.

As a token of his love, the swindler claimed to have used the woman's necklaces and other gold ornaments. and that he was required to pay a fee of Sh52,000 to take it.

"When he arrived at JKIA, the phone of a man who pretended to be a transit agent was not picked up," "Investigations have shown that the crooks are operating from Kisumu and Kiambu," said DCI.

Former President Of Kenya Who Never Used Aeroplane For His 14 Year Rule, See Why He Hated Them

Why You Should Stop Eating This Type Of Bread From Shops

Children Living With HIV Will Have To Take Pellets After Kenya Runs Out Of The Syrup.

Latest News From The Ministry Of Education