Victory At Last As The Family Of The Deceased Promised, Autopsy To Be Done On Tuesday

By Swee (self media writer) | 4 months ago 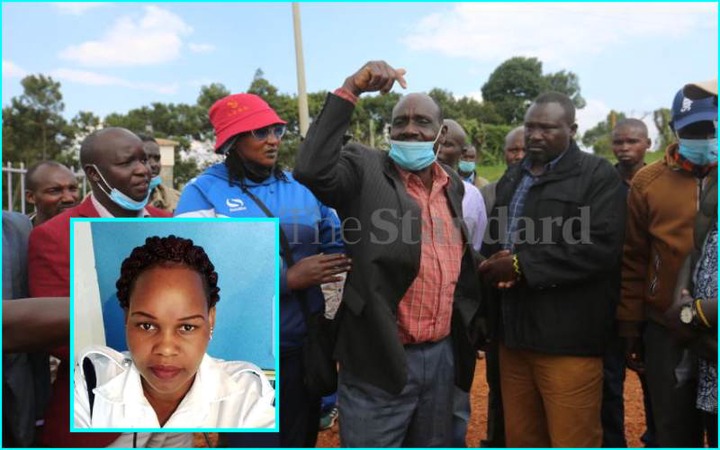 The family of fallen policewoman Caroline Kangogo has announced it will set the new burial date once her postmortem rescheduled for Tuesday has been done.

The policewoman accused of killing two men, including her colleague in Nakuru, before turning the gun on herself 10 days later was set to be buried yesterday at her parent's home in Nyawa village in Elgeyo Marakwet but failed when a scheduled autopsy was not conducted.

According to Mark Kangogo, Caroline's brother they do not want to be subjected to another emotional and psychological torture if they set the date for her internment before an autopsy is done.

"We have been promised by DCI officers in Iten the autopsy will be conducted on Tuesday. We are waiting for that day then we plan for the burial," he said.

He said they are seeking closure and asked the DCI not to disappoint them once again.

"We have already spent over Sh400,000 to organize the burial. We slaughtered two bulls, among other foodstuffs," said the funeral committee chairman.

He said they sourced refrigerators from the neighborhood that have enabled them to chill the meat.

"It is only the meat that has been chilled but other food, including vegetables and potatoes, have since been consumed," he said.

Government Chief Pathologist Johansen Oduor confirmed he will conduct the autopsy on Tuesday.

Content created and supplied by: Swee (via Opera News )