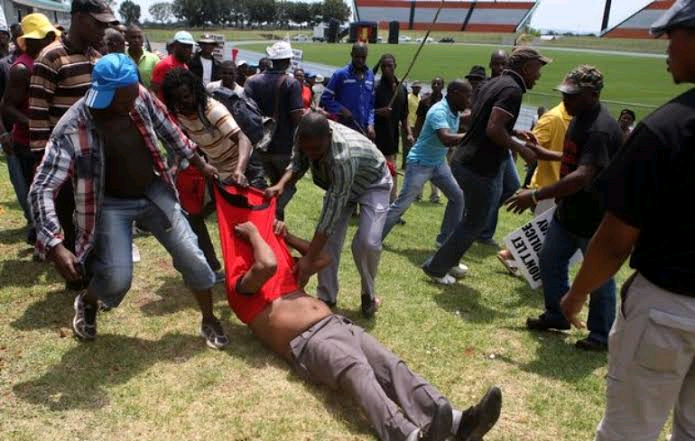 A 45-year-old man was lynched by irate mob for allegedly raping, killing and atrempting to bury his 16-year-old girl in Kamae village, Nakuru County.

Sources privy to the alleged incident revealed that the suspect's girl was in the house before locals heard the girl screamed loudly on Sunday night.

The suspect after committing the heinous act threatened the little girl not disclose the information to anyone what happened between them. 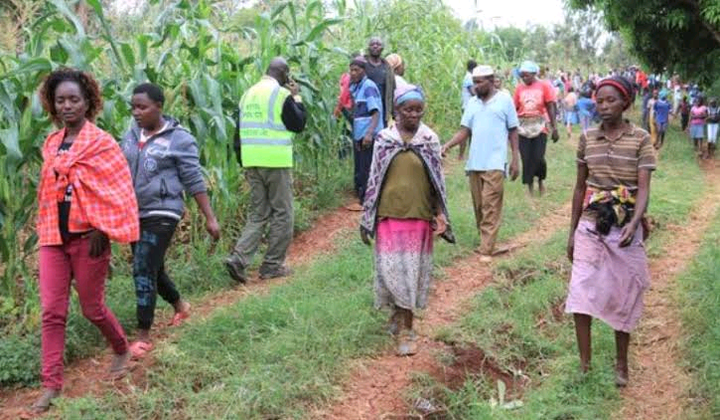 "We got wind of the unfortunate incident following a tip-off from the villagers. We have held the suspect for interrogation purposes as investigations into the matter is currently underway," Wairimu said.

According to the police boss, there was drama in Kamae area as police tried to disperse a mob that had set the man old man ablaze. 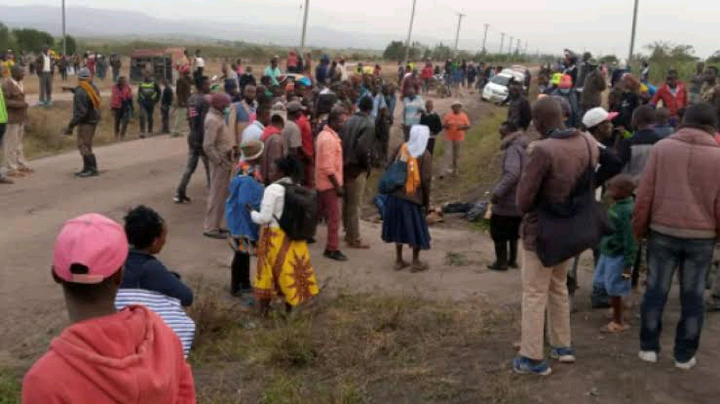 The girl was a class eight pupil at a local primary school in Lari constituency. A neighbour who sought anonymity for security reasons disclosed to the officers that they believed that suspect had been defiling the girl on several occasions.

"I think this has been going on for sometime. His wife stays in Nairobi, running her own businesses. We are calling upon the police to expedite investigations to make sure justice prevails," said the neighbour. 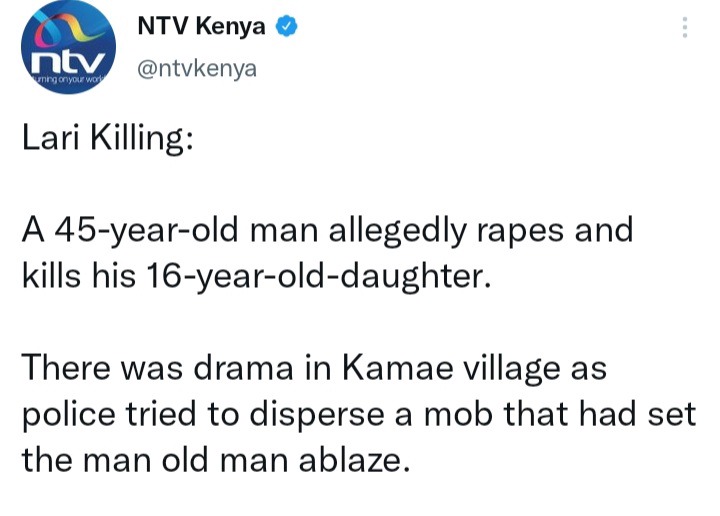