Businessman Jimi Wanjigi has been summoned by the Firearms and Licensing Board after a Nairobi-based court maintained the sentencing of the Directorate of Criminal Investigation boss George Kinoti.

The board clarified that the businessman was required to go through fresh vetting as was directed by the Interior Cabinet Secretary, Fred Matiang'i, over civilian firearms holders in 2019. 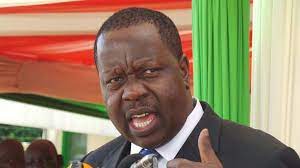 Moreover, Wanjigi has been accused for filing unlawful suits against government agencies that are not mandated to deal with civilian guns. The board maintained that they were responsible for vetting and permitting of civilian firearm holders.

This was after the presidential hopeful sued Kinoti for failing to return his guns that were seized from his home after the heated 2017 General elections.

The position of the firearms board was echoed by the Attorney General and the DCI boss through their lawyer Cecil Miller, who wanted Kinoti's four-month prison term suspended contending that Kinoti didn't have authority of the guns.

"Your honor, take notice that we will appeal the court's decision. Notwithstanding, we need the court to take note of that there is a new letter by the Firearms Licensing Board which demonstrates that they are the ones having Wanjigi's firearms and not the DCI's office,"

"Kinoti doesn't play any role in regard of the civilian’s firearm but the guns board," Miller expressed.

However, Judge Antony Mrima dismissed the applicant's contentions expressing that the DCI had failed to prove the location of the firearms.

"It's obviously true that it was the DCI who held onto the firearms, and he has not given any proof to show that they (weapons) moved from his office to the Firearms Licensing Board. Without such proof, it implies that they (DCI) are as yet holding the firearms and he (Kinoti) was properly sued," Mrima ruled. 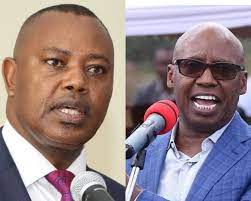 In the midst of the back-and-forth court battles between Wanjigi and Kinoti, Wiper party leader, Kalonzo Musyoka, who was attending a function along with Wanjigi on Sunday, November 28, proposed to mediate between the two to find a solution that will see the embattled DCI boss a free man.

"Kinoti is just a faithful servant of this republic executing his mandate so I would want to intervene. You know that I am an arbitrator, I will call you with Kinoti so you can forgive each other so he can proceed with his work," Kalonzo expressed.

However, Wanjigi refrained from commenting on Kalonzo's offer. Instead, he praised his wife, Irene Nzisa, for hiding him for three days as the police were searching for the businessman in the house. 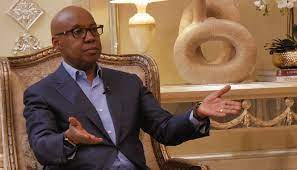 JUST IN: One Dead After a Boda-boda Operator Ferrying A Police Officer Rams On A Lorry

Woman Who Chopped Husbands Genitals Have Been Acquited of Murder