By UpdateNews.com (self meida writer) | 21 days 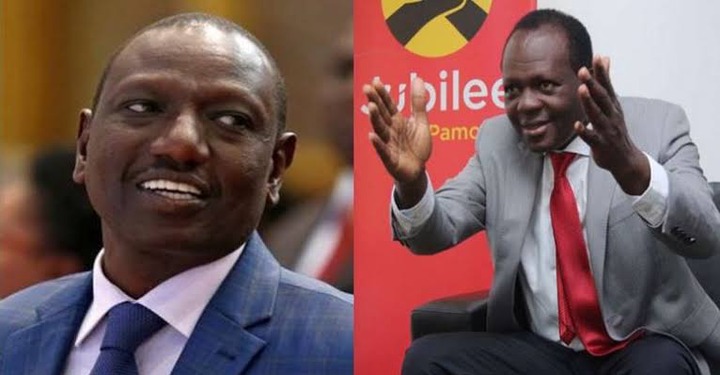 Denis Itumbi has now shifted blames on the Jubilee party after deciding to disrupt the program which was set to kick off at Karuri primary. According yo Itumbi he claimed that the UDA Candidate, Wanjiku Njuguna has been conducting the sports events in the same venue that jubilee party members are currently arranging the seats. He claimed that the finals of the football match was supposed to be played at Karuri primary school which included; Kariru united and Simba United who are competing for Ksh 200k. He claimed that sseveral tents and chairs have been placed in that field yet it was set aside for the final match of Wanjiku tournament. 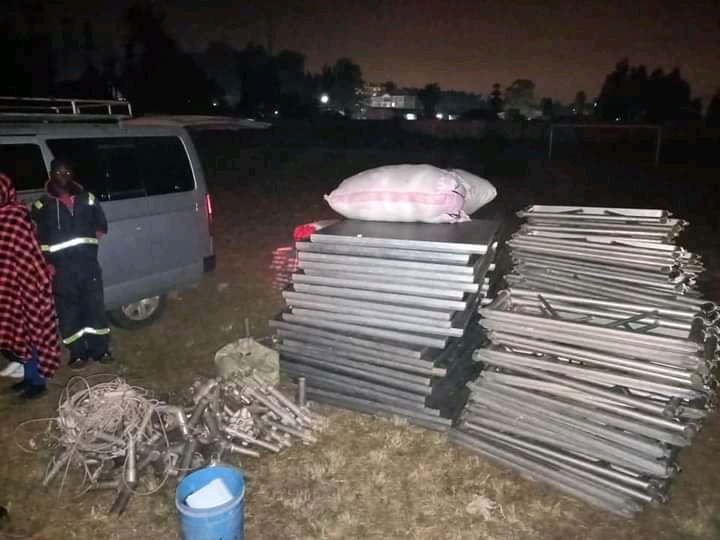 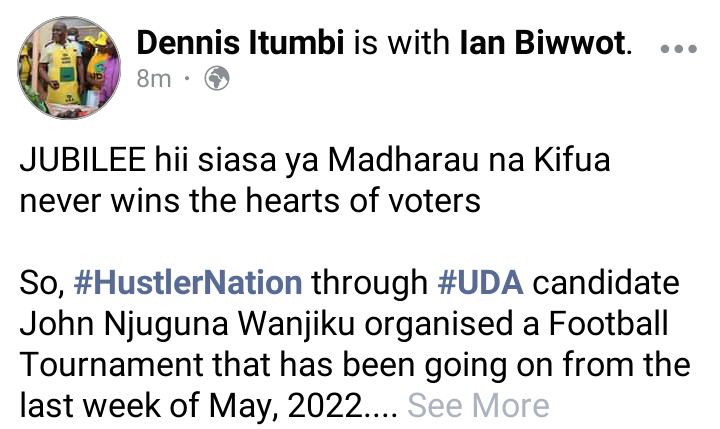 "Kenya Does Not Need Your Economic Models," Jeremiah Kioni To DP Ruto

DP William Ruto Sends This Message To Uhuru And Raila Over 2022 Presidential Race.

Why The Handshake Alliance Could Be Unbeatable In 2022.(Opinion)