Dramatic Scene As Bungoma Man Is Caught Doing This To His Neighbours Goat In A Maize Plantation.

By Thegreatwritter (self meida writer) | 10 days

Police in Bungoma county are holding a 36-year-old man who was cornered by the residents on Wednesday evening planning to slaughter his Neighbour's goat in a maize plantation. 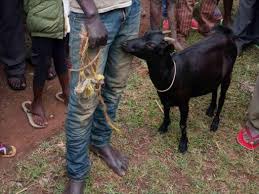 The father of two is reported to have untied the goat from it's grazing point and headed straight into the maiza plantation.

He left the goat there and went back for a panga and a knife, declining to tell her wife what he was about to do.

To their suprise, the boys found him already sharpening the knife, a clear indication that he wanted to slaughter the animal.

The boys quickly went back and called the goat owner who gathered a few friends before heading into the farm and found when the man had already time the legs of the goal preparing to lay a sharp knife on it. 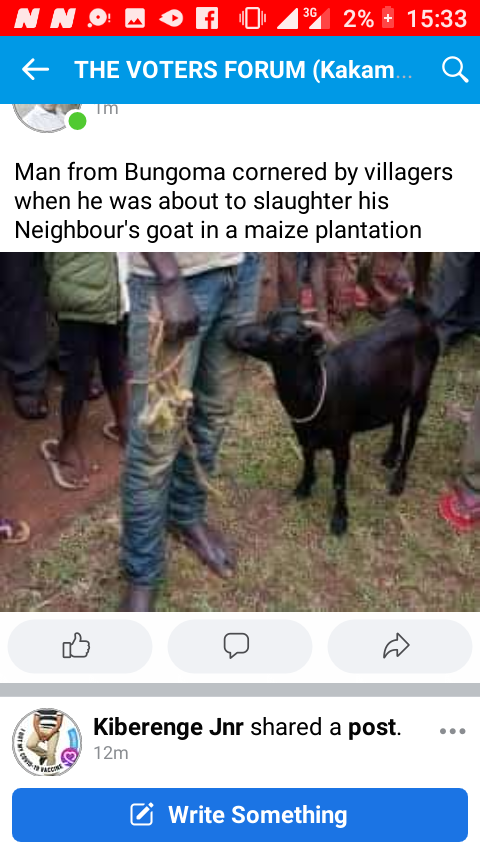 He tried to escape but was caught by the people and handed over to the area Chief after receiving some beating from the villagers.

The chief later reported the matter to the nearest police station.