Three People Die And 4 Injured In Yet Another Road Accident Along Bondo-Kopolo Road, Siaya County

By Awuol (self meida writer) | 5 days 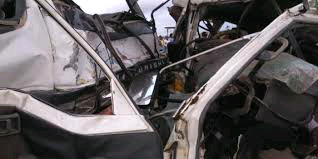 Three people were killed and four others injured in a road accident along the small busy Bondo-Kopolo road on Sunday morning.

Bondo District commissioner Esher Okello said Sunday morning that a lorry, which was headed to Kopolo from Anyuongi centre, lost control and rear-ended a Nissan, killing two passengers on the spot. One other person died while receiving treatment at the Bondo Sub-County hospital.

The District commissioner said four passengers sustained serious injuries in the morning crash that happened at 9:30 a.m., with one said to be in critical condition. 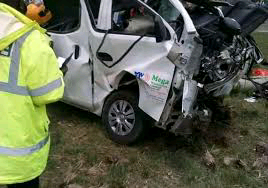 The accident had delayed Movement of vehicles along the small busy route leading to a one hour jam before police moved in to tow away the wrecks beside the road.

A passenger Samwel Kogo said the accident occurred after the lorry heading to kopolo lost control and rammed into their vehicle.

Mr Samwel said the driver of the lorry was in high speed when it suffered break failure leading to crash.

"I just heard of tinkling of glasses on the tarmac. I can't explain further what happened," said Samwel. 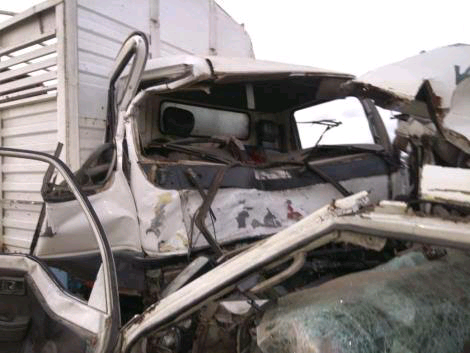 Bondo District Commissioner also noted that the injured were admitted at different hospitals within Bondo town and are undergoing treatment.

"The accident involved a Nissan and a lorry. The injured were moved to various hospitals within the town," Esher said.

Esher said that Bondo town traffic police were investigating the incident adding that majority of those injured were men aged between 21 and 34.

The bodies of the three deceased were moved to Bondo District hospital mortuary for preservation.

The District commissioner called on drivers to exercise caution on the roads, adding that careless driving, overtaking and speeding were the leading causes in the morning crash.

"Leave William Ruto Out of This Mess" Vocal Strategist Speaks Out

Why Chelsea Will Not Finish Among The Top 4 In EPL