Bungoma Caretaker Kicked Out of Rental House, Forced to Relocate to Another Estate

By Tingting (self media writer) | 24 days ago

It was free for all daylight drama in Kanduyi Bungoma County after a man who was also the plot caretaker was forced to vacate his rental house and relocate to another estate. 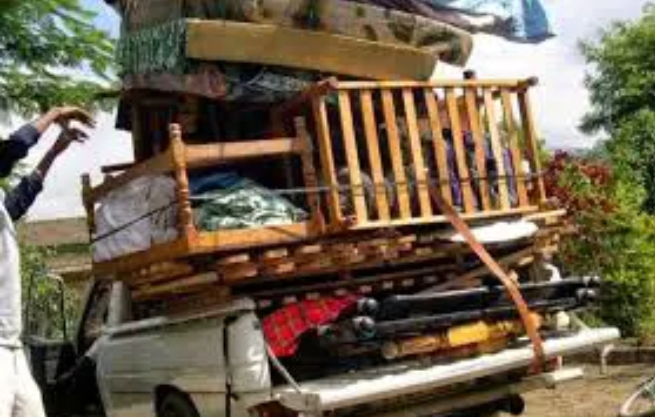 According to tuko's publication, the man landed himself in hot soup after tenants accused him of his unending behavior of engaging in the act with every house help in the plot.

A section of the tenants reported the matter to the plot’s management and even threatened not to remit their previous month dues if the caretaker was not kicked out.

They claimed that their house helps could no longer finish the work that used to be left for them and hard turned into lazy bones.

It is alleged that once the bosses had left their homes for work, the caretaker would invite different girls in his house and spend the better part of the day enjoying themselves.

On the material day hell broke loose, one of the girls had paid the man a surprise visit to his house. However she was met with rude shock after bursting him with another girl still from the same plot.

Out of bitterness, she caused a scene by engaging the girl she found at the caretaker's house into a fight. Other house girls who had gathered at the scene followed suit and engaged one another with bitter words each accusing the man of cheating on them.

This is how tenants came to know that the culprit had been misusing their house helps and were forced to take immediate action. They contacted the management who later moved in and ordered the caretaker to vacate the plot.