A man from Machakos has been arrested in connection with the attempted murder of his wife.

In a news report that has been shared by a reliable source of information, it has been revealed that the suspect who has been identified as Jackson allegedly attacked his wife with a Machete after she allegedly refused to sign their joint title deed.

Revealing what happened, the woman claimed that her husband got in her house after which he allegedly said that he was going to kill her.

In her own words, the woman said that the suspect had threatened to kill her due to the fact that she refused to sign their joint title deed which he wanted to use in selling their jointly owned piece of land.

"He just came and started Slashing me as a Begged him to stop. I don't know what happened later because I found myself at the hospital. The cuts you see on hands was me trying to stop him from Slashing my head. I think that he wanted to kill me because I refused to sign a title deed that he wanted to use to in selling our land", he said.

Addressing this issue, police officers who are currently investigating this incident have revealed that they have already arrested the suspect who has been taken to the police station for more investigation and questioning over the same incident.

According to the reports given by the police, they revealed that the suspect had fled from the crime scene leaving the victim on the ground. 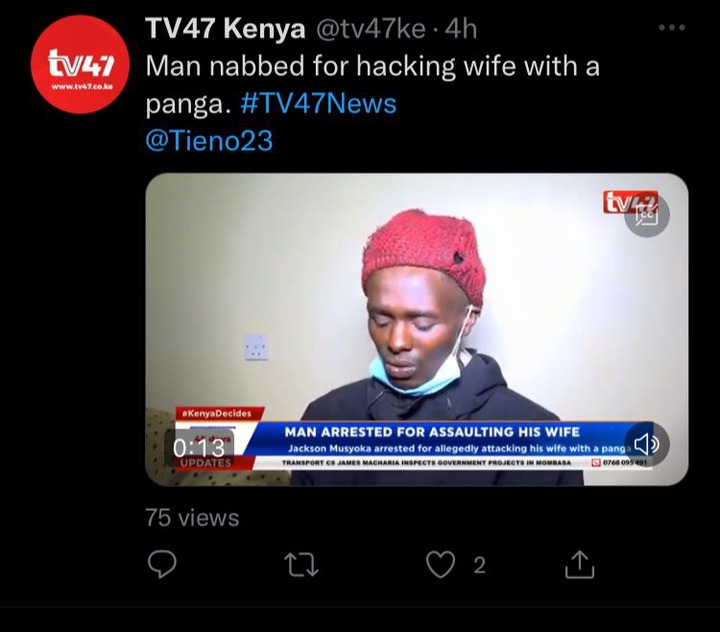