It's now doubtless that as the 2023 general election draws nearer with less than 300 days remaining, fake news and innovation of cheap propaganda are on the rise. This has created a lot of confusion in the political arena as well as various parts of the nation even as drums of war continue to be louder.

But coming back to what makes our headline, Opera News hub has already confirmed that no house belonging to a former CS in the Rift Valley region was reduced into ashes by angry youths. 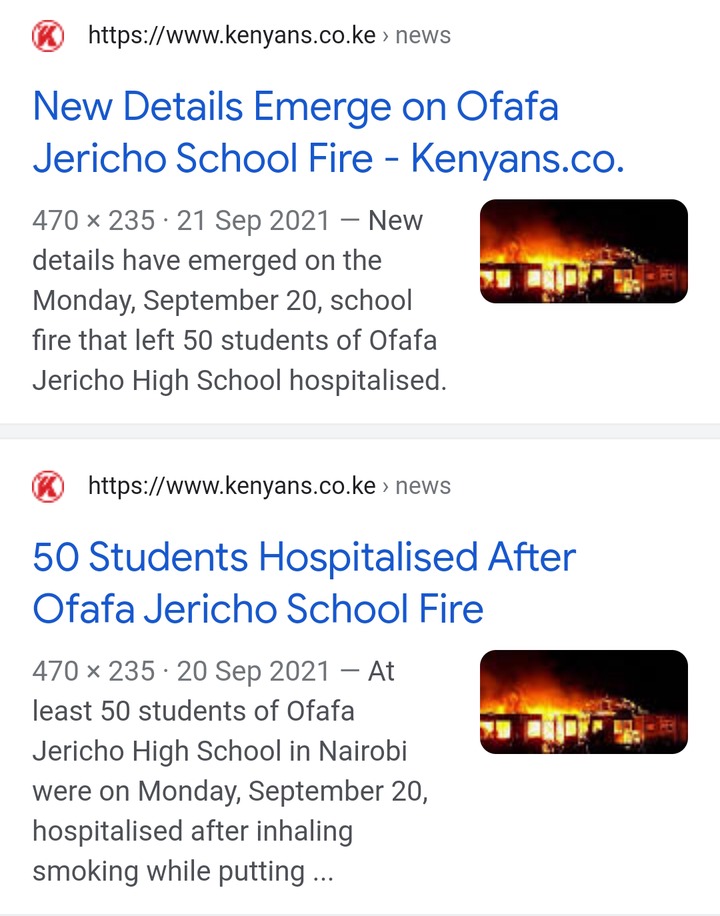 According to in-depth research done by this writer, we have found that the photo being used by various social media users was captured in September 2021 when another school in Nairobi, broke into fire.

"The police report indicates that interrogations are underway even as they try and identify if there were other accomplices to the crime. It least 50 students suffered severe smoke inhalation while putting out the fire. They were later admitted at the Metropolitan Hospital in Buruburu, Nairobi. Metropolitan Hospital Chief Executive Officer, Dr Kanyenje Gakombe, however ,stated that no student got burn injuries," Media reports revealed.

Al the same, Kapseret Member of Parliament Hon Oscar Sudi has a few hours ago reported that they are going to deal (denying them political support maybe) with all those who have been marketing Raila's 2022 Presidential Bid in the region. 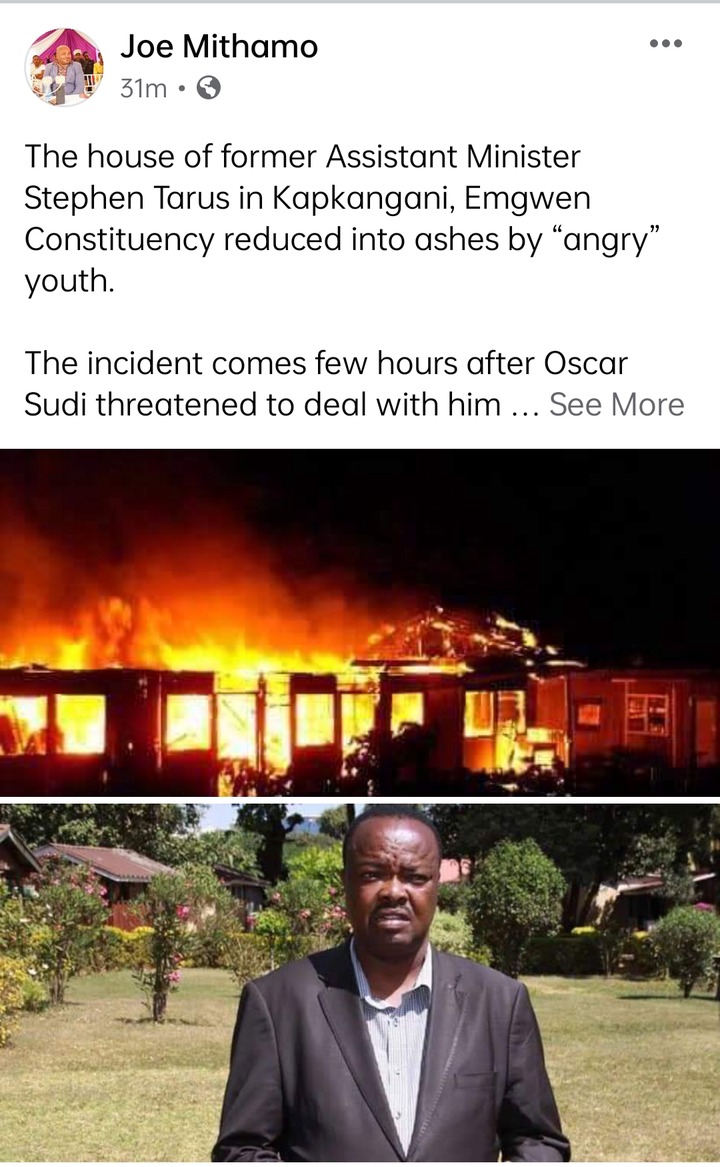 Reasons Why Married Men Fall in Love With Other Women

AFC Leopards To Crack The Whip On Players Boycotting Training