By Kasiliraphael (self media writer) | 3 months ago 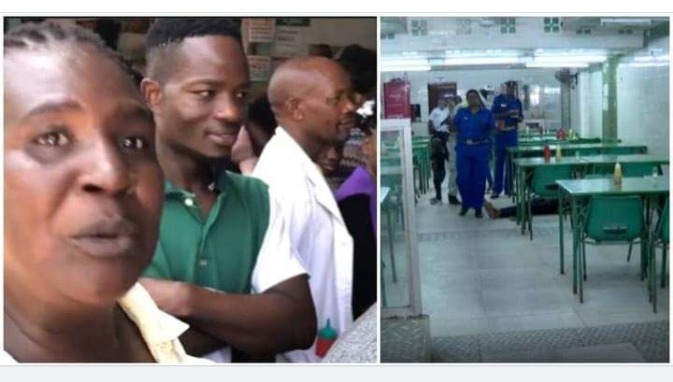 A man was confirmed dead in a Mombasa restaurant on Thursday, November 10. Police officers made their way to the scene after being notified of the incident. Photo: Screengrab from Kevin Mutai. Source: UGC According to sources, the goner was awaiting food before he collapsed and died shortly after. Those milling around the scene attributed the sudden death to a supposed hunger.

Forty-seven-year-old Douglas Fundi Muthuri honoured the invitation and visited his fiance' Nicera Wangechi. According to a police report, the two decided to enjoy some steamy moments together and after about an hour in the act, Muthuri developed some breathing difficulties before becoming unconscious. Police officers rushed to the scene and found Muthuri's body sprawled on the sofa. On searching his pockets, the law enforcers discovered that he was in possession of the blue pill and a packet of furosemide.

A man could not live to see his food order delivered after he entered a Mombasa restaurant for lunch.

He collapsed and died a few moments later; witnesses argued he might have succumbed to the biting pangs of hunger.

"Maybe he died of hunger. We ask for maize flour prices to be lowered," they said.