By THECAMERA (self meida writer) | 26 days 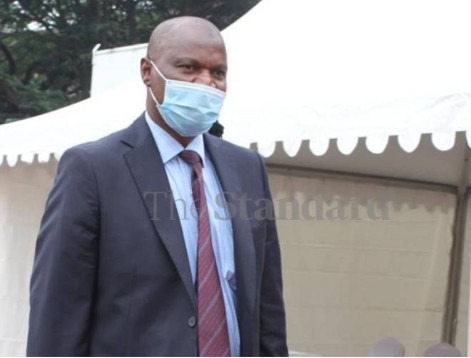 Justice Chitembwe Defends Himself On Why He Released A 19 Year Old Man Who Defiled A 13 Year Old Girl.

The Chief Justice applicant , Justice Chitambwe have defended himself and the ruling he made before the Judicial Service Commission (JSC) about the case of a defiled girl.

This was a case where he released a 19 year old man who defiled a 13 year old man and on his defence, he stated that he is not changing his views in on the judgement he made on case.

In 2016, he became a subject of talk after he set free the man who was serving a 20 years jail sentence after he defiled a 13 year old girl stating it was bit good to punish the man's as they were all enjoying the relationship.

In his defence, he added that the public should use moderate word's when reffering to what he described as 'sensitive societal issues'. He also added that he is not an advocate of reducing the the consent age and that rulings are not about sending someone to prison.

He also that just like he communicated in the judgement,it's the same way he will communicate in again as whatever is happening is real.

Check Out Photos Inside Sankara Hotel

Watch Out Pep, This Chelsea Star Will Destroy City In UEFA After An Excellent Performance Vs City

From Local to International: Another Win for Bahati As He Gets Nominated at Africa Day Concert